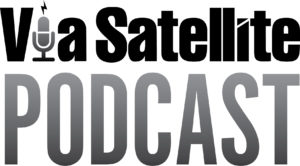 Produced by Via Satellite magazine and hosted by Via Satellite Executive Editor Jeffrey Hill, each  On Orbit technology-focused podcast provides in-depth information and discussion about the socio-economic value of space and satellite capabilities.

On Orbit is a problem-solving podcast, with a mission to educate listeners on the real human value of space and satellite technology and works to answer, “What’s our business in space?”

In the first episode of our special podcast series, “Connecting the Unconnected,” sponsored by Hughes, we’re joined by Hughes Network Systems Dave Rehbehn and Mark Weimer to define connectivity challenges in rural and remote regions. We define the challenges of connecting those in rural and “hard to reach” locations. Dave and Mark explain why satellite broadband is considered core to achieving higher and improved penetration to these regions.

The Top 12 Space and Satellite News Stories of 2019

Via Satellite Editor-in-Chief Mark Holmes and Managing Editor Annamarie Nyirady join us to discuss the biggest space and satellite news stories of 2019.

Microsoft Azure Global CTO William Chappell joins us for a conversation about how secure cloud systems allow satellite operators to support many new and exciting applications at the edge – applications that define business evolution in the age of IoT. Following this interview, we play an excerpt from one of Jeff’s favorite keynote speeches of the year, delivered by David Holmes, CTO of Dell Technologies‘ Global Energy Program.

We sat down with Ken Munro, the founder of Pen Test Partners, following his keynote at the 2019 OilComm conference. He discusses his recent fascination with the commercial space industry, specifically due to what he sees as a concerning lack of security for satellite ground systems. Ken explains his recent work and shares some ideas on how satellite companies can help better secure their networks in the constantly evolving IoT ecosystem.

Building Smallsats Like Cars: NanoAvionics Comes to the USA

NanoAvionics CEO Vytenis Buzas defines his small satellite-building business as an homage to the smart industrial practices of the American automobile industry. What emerged as a spinoff of Lithuania’s Vilnius University, NanoAvionics is now thriving and Buzas sees an opportunity to achieve success in the land that inspired his business. In this episode of On Orbit, co-host Grace Graham and I spoke with Vytenis and NanoAvionics USA’s new CEO Frank Abbot about the company’s move to the States.

In this episode, Scott Chase tells On Orbit host Jeffrey Hill the SATELLITE show’s origin story. The annual event was created in 1981 as a small gathering of innovative minds and invested leaders, determined to realize their visions of a global voice, video, and data network. Scott shares his insights from his many years as chair of the event, and the lessons that the industry learned along the way from technologies and companies that failed despite great expectations.

The episode begins with GPSIA Executive Director David Grossman speaking about the connectivity resources needed to power precision agriculture businesses. We then sit down with FCC Commissioner Brendan Carr to talk about the FCC’s new Precision Agriculture task force. The episode concludes with an interview with Iowa Soybean Association’s Jeff Jorgenson, who tells us how farmers are learning about new precision agriculture technologies.

In this episode of On Orbit, co-hosts Jeffrey Hill and Grace Graham sit down with Sirisha Bandla, business development and government affairs manager at Virgin Orbit, who supports the development of the company’s LauncherOne and SpaceShipTwo programs. Sirisha explains how LauncherOne works and talks about the results of its most recent drop test. She said the company is moving full speed ahead, with its eye firmly on the prize — first launch.

We caught up with Payam, a National Science Foundation (NSF) fellow, NASA Mariner Award winner and entrepreneur recently named to Forbes “30 Under 30” list, about the unique capabilities of Synthetic Aperture Radar (SAR) data, specifically when used for environmental monitoring.

In this episode, Hughes Network Systems’ Dave Rehbehn and Peter Gulla join On Orbit host Jeffrey Hill for a granular look at the global effort to bring the world online. Dave and Peter provide a boots-on-the-ground viewpoint on the role of both existing and new constellation satellites for providing affordable access – from cellular backhaul to community Wi-Fi to the deployment of new GEO and LEO assets.

Rideshare launching is like the carpooling of launch services. On this episode of On Orbit, we’re joined by Melissa Wuerl, Vice President Business Development for Spaceflight Industries, and Jason Armstrong, Director of Small Satellites for TriSept, for an episode dedicated to rideshare launch services and the impact they’ve made on opening access to space.

Astroscale COO Chris Blackerby talks about how his company turned crisis into opportunity and developed a technological solution to remove dangerous space debris from orbit. Chris and I also discuss the economic consequences of ignoring space debris congestion, the global responsibility for action and collaboration, Astroscale’s sharp and sudden rise as a leader in the field, and its search for new ideas and talent in the workforce.

Mechanical Aerospace Engineer Grace Graham does it all! In addition to being a 2019 Brook Owens Fellow and full-time student Utah State University, she also interns at The Aerospace Corporation, and helps run her own startup Elements Meals. Grace explains why it’s equally important for young space industry professionals to master economics, and how understanding market and supply chain economics can help you become a better engineer and entrepreneur.

What does it mean when people say that the satellite industry is becoming more “software-defined?” Does it mean that the satellite industry is becoming a lot more like the software industry? Or both? On Orbit Host Jeffrey Hill interviews Kratos Defense and Space Vice President of Product Management Greg Quiggle. He then speaks with Alain Guigui, Chief Technologist at Hewlett Packard Enterprise at 5G World in London.

SES Networks’ Karl Horne sees 5G as a tremendous opportunity not only to drive innovation and create new business opportunities, but also as a way to collaborate with terrestrial competitors on rolling out the network. Why collaborate? The answer lies in the unique relationship between future virtualized 5G and present-day satellite networks. Horne joins On Orbit Producer and Host Jeffrey Hill for an interview recorded live at TechXLR8 London. Inseego CMO Ashish Sharma then joins Jeff to answer these questions from a terrestrial perspective, and also discuss why enterprise end-users will maintain pace with

To explain everything you need to know about Space Force, and other recent government/military space policy developments, we invited our good friend, Defense Daily space and Capitol Hill reporter Vivienne Machi, (@VivienneMachi) to join us for an interview. Vivienne takes us through the basics, answers my questions about the political and operative functions of a space force, and explains developments in space technology acquisition such as the establishment of the Space Development Agency.

At SATELLITE 2019, Jeff hosted a fireside chat on 3D Printed rockets with Tim Ellis, CEO and Founder of Relativity, a unique launch service company that aims to print and launch entire rockets within 60 days. Tim tells the story of why he left a promising career as a 3D printing specialist at a major launch company to disrupt 60 years of established aerospace industry practices. He explains why investors like Marc Cuban are so excited about how 3D printing can help us get to Mars, and provides a detailed look into Relativity’s in-house technology and Terran launch vehicle.

Deloitte’s Specialist Leader in Space Jeff Matthews sits with On Orbit host Jeff Hill to explain why all of these new industries are interested in investing in space. Commercial space customers used to be limited to military, broadcast networks, and ISP resellers. Now, insurance companies, manufacturers, transporters, retail, city planners, farmers… the list of commercial space “customers” is growing more diverse as new space-based capabilities evolve. What value do these new industry customers see in space?

NOTE – This episode was recorded live on the SATELLITE 2019 exhibit hall floor during operating hours. Please excuse the background noise!

Launching Thousands of Smallsats with Jenny Barna (Live at SATELLITE 2019)

Jeff asks Spire Launch Manager Jenny Barna why the satellite industry can’t just send satellites into orbit whenever they want. This episode addresses the launch bottleneck faced by operators looking to put tens of thousands of constellation satellites into space during the next few years. Jeff also speaks to Via Satellite editorial director Mark Holmes about the highlights of the first two days of the SATELLITE 2019 exhibition and conference in Washington D.C.

NOTE – Please excuse the background noise during the interviews. We were recording on the SATELLITE 2019 show floor during operating hours.

In Via Satellite’s debut episode of “On Orbit,” host Jeffrey Hill sits down with Geeks Without Frontiers CEO David Hartshorn to decipher Digital Divide statistics and discuss the role that hybrid networks, satellites, and specifically the new LEO/MEO constellation satellites will play in providing connectivity to the world’s 4 billion people without access to broadband. We also talk about the importance of electric power as a resource, and how private industry firms are investing in developing economies through connectivity.

How you can support On Orbit
On Orbit is supported by sponsorships and advertisers. If you would like to take part, please contact Joe Milroy at jmilroy@accessintel.com +1 (215) 489-0585.