In the Air, On the Ocean, On the Move 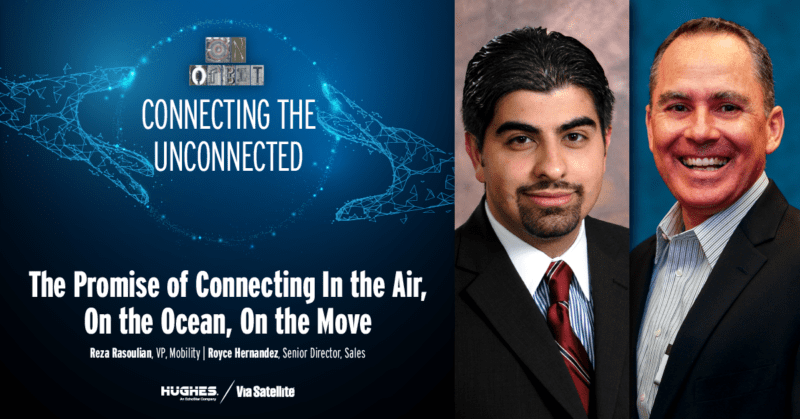 It’s nearly impossible to recall a time before technology advances, broadband enhancements and widespread use of connected devices hurtled us into hyper-connectivity. But, not that long ago, if you were on an airplane or a cruise ship, you were, at least temporarily, one of the “unconnected.”

According to a July 2019 Pew Research study, more than a quarter of Americans report being online “constantly,” and another 45% of Americans go online several times per day. Hyper-connectivity behavior follows consumers wherever they go. More than 23,000 commercial aircraft will offer connectivity to passengers by 2028, according to analysts at Euroconsult, who are essentially predicting a 200% increase in connected aircraft during the next eight years.

On the ocean, the Asia-Pacific Satellite Communications Council calculated that there are 80,000 merchant, cruise, and government vessels currently at sea. The maritime Very Small Aperture Terminal (VSAT) connectivity market has surpassed $1 billion, and, also according to Euroconsult, is expected to grow by approximately 10% over the next four years, as shipowners transition to the next level of broadband connectivity powered by High Throughput Satellites (HTS).

In our latest in the series “Connecting the Unconnected,” I’m joined by Hughes Network Systems Reza Rasoulian and Royce Hernandez for a look at the latest developments in connectivity solutions for aero and maritime customers, the advantages and limitations of current technologies, what’s emerging, and how Geostationary (GEO) and Non-Geostationary (NGSO) technologies can work together in the new, always-on environment.