Month in Review: Blue Origin Blues, Data for Everything, and Chasing SpaceX 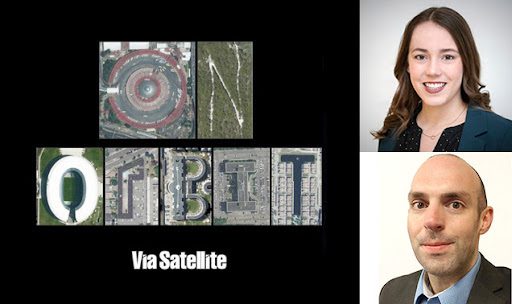 On this episode of On Orbit, Via Satellite Managing Editor Rachel Jewett joins us to unpack what has been a whirlwind month for the space industry.

While being planned for some time, Shatner’s journey comes just weeks after Blue Origin was racked by serious allegations penned in a letter by current and former company employees regarding safety and workplace culture. During this conversation, Rachel and I will break down the story from the perspective of the satellite industry and what Blue Origin customers may want to know about the story – as well as it’s short- and long-term impact could be on the larger space community.

We also talk about the massive challenges facing space data analytics, imagery and sensing service providers in reaching their long list of target vertical markets, including the finance sector – all of which provides lots of opportunities for these companies to solve significant challenges. Finally, we take a look at Michael Sheetz’s report from CNBC about SpaceX reaching a $100 billion valuation with a “leaked” stakeholder stock offering and what that might mean in terms of boosting commercial space to a trillion-dollar-plus market.