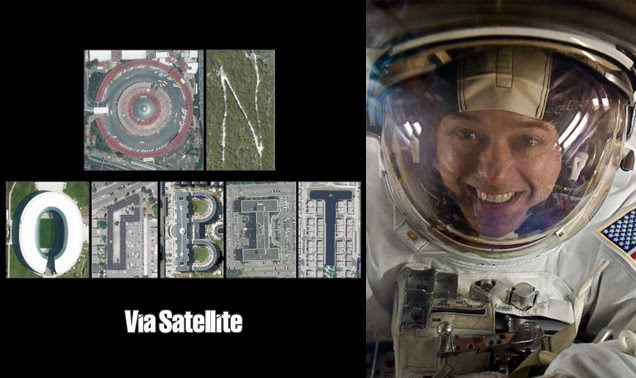 With all the recent talk about space tourism and whether or not the “Overview Effect” — the personal change one experiences when seeing the Earth from space — is worth the money and risk of a ride to space, there is no better person to talk to than former NASA Astronaut and U.S. Air Force jet pilot Col. Ron Garan. He’s written multiple books on the subject.

For more than a quarter of a century, Garan flew on nearly every modern air and spacecraft in nearly every circumstance imaginable. He was one of the last astronauts to travel to the International Space Station (ISS) on the Space Shuttle, and one of even fewer to ride on both the Shuttle and Russia’s Soyuz rocket (a profound experience for a fighter pilot trained during the Cold War).

His acclaimed debut book, “The Orbital Perspective: Lessons in Seeing the Big Picture from a Journey of 71 Million Miles,” detailed the personal transformation he experienced while living on the ISS. His recently published follow-up, “Floating in Darkness: A Journey of Evolution,” uses space exploration as a backdrop to conversations that transcend political, cultural, national, ethnic and religious divides, and focus on our shared responsibilities as a society. He’s also writing a children’s book, “Railroad to the Moon” about a young girl who helps create a community in space.

In this episode of On Orbit, Garan shares his experiences as a pilot, his thoughts on commercial space travel, and a powerful recollection of how he first experienced the overview effect. He also talks about the FAA’s recent change to its Astronaut criteria and attempts to answer the question — Why travel to space when we have so many problems to solve on Earth?