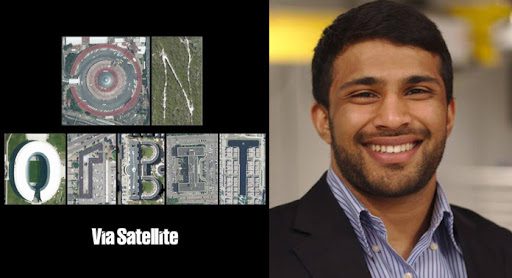 Adisesh Yeragudi just graduated from Rutgers University… and also became Startup Space’s youngest-ever competition winner at SATELLITE 2021. His company, AV SpaceTech, is building a modular ion space propulsion engine — the Xe-1 — a disc composed of engine layers that can be added or removed to increase or decrease power. The concept image is stunning, but what’s even more stunning is how and where Adisesh first stumbled across the idea …

In this episode of On Orbit, host Jeffrey Hill talks to Adi about how he was inspired by his father (who is also an entrepreneur) to start this business, which is his second. We also talked about his experience at SATELLITE and Startup Space and how it felt to have a line of people waiting to talk to him about investing in his new company. He also shares tips for young entrepreneurs who may not be comfortable with public speaking. And, of course, Adi explains how he found the idea for the ion engine through NASA’s Technology Transfer Portal — where many other potentially valuable commercial technology concepts could exist.

Our second Startup Space 2021 winner was Ethan Lin of TMY Technologies, a phased array antenna technology developer in Taiwan. Ethan will appear on a future episode of On Orbit. Stay tuned!