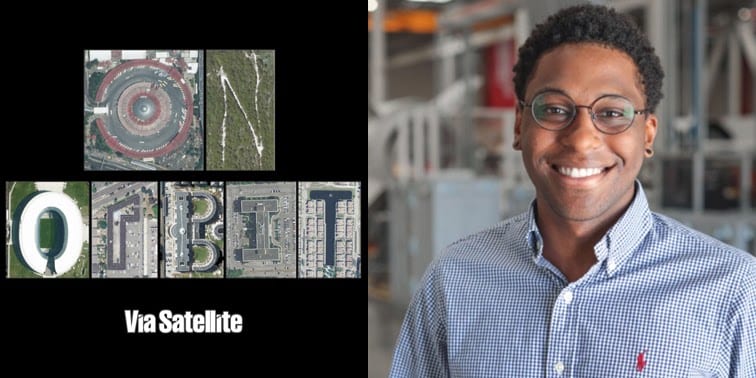 Virgin Orbit’s LauncherOne spacecraft is like a Russian matryoshka doll. A plane takes off carrying a rocket, which is carrying a satellite payload. Once in air, the rocket then takes off from the plane and flies toward space. When it reaches orbit, the rocket dispenses its satellites to their intended destinations…

Watching this all happen on the ground is Kendall Russell, Virgin Orbit’s communication officer, who will spend the next few moments trying to figure out how to explain this complicated process to journalists and space watchers around the world. Three years ago, he was writing about launches as historical records, cataloging the who, what, where, when, why, and how for the Via Satellite news feed.

Now living in California and working as a marketer for Richard Branson’s emerging satellite launch company, Kendall’s writing has to appeal to his slightly younger self.

Via Satellite executive editor Jeffrey Hill returns as the host of On Orbit and sits down with Russell for a chat about creative and effective storytelling in the space industry. Russell talks about his transition from news reporter to media relations, his big adventure moving west for his new job, meeting and working with Richard Branson, and how the space industry can take cues from other forms of mass media in its efforts to appeal to the larger public.