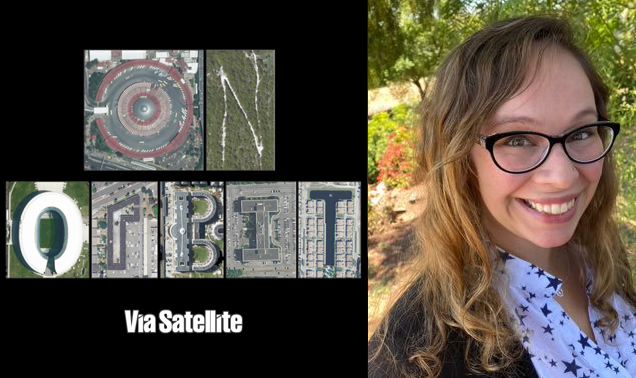 You may not realize it, but the distance between Low-Earth Orbit, where most small satellites reside, and Geostationary Orbit, where nearly all of the much larger satellites live, is pretty significant. At more than 21,000 miles above LEO, GEO is a challenging orbit for smallsats to reach and maintain effective operations.

Believing that there is a viable and profitable future for smallsats in GEO orbit, Isa Fritz co-founded GeoJump and took on the role of its chief technology officer. The company’s mission is to open the door to GEO for budget-conscious smallsat operators. By utilizing a Sherpa-ES orbital transfer vehicle developed by Spaceflight and employing a lunar fly-by trajectory, GeoJump says it can get customers to GEO safely in just two weeks… a huge improvement over the standard trip, which can take as long as six months.

Fritz was the runner-up in SATELLITE 2022’s Startup Space entrepreneur pitch contest in March by only a few points. Just after competing, she joined us for a chat about GeoJump’s origins and mission, her background as an engineer working on an impressive variety of spacecraft, lessons she’s learned while leading a startup, and why she sees massive opportunities for small satellites in GEO.