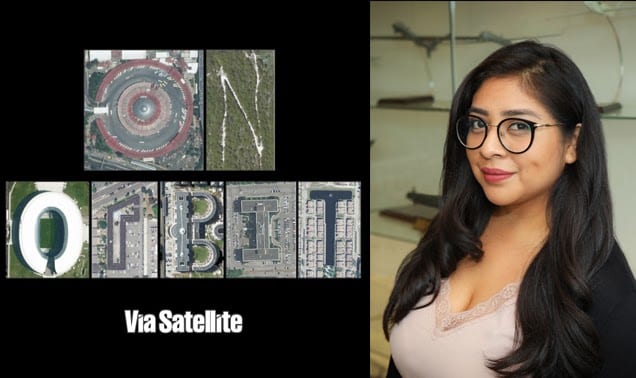 Just a few years ago, recent college graduate Karina Perez Molina met her first true mentor — former NASA Deputy Administrator Lori Garver, who inspired her to launch full force into a space policy-focused career. Karina landed internships with the U.S. House of Representatives’ Committee on Science, Space, and Technology, and the Los Angeles Mayor’s Office of Economic Development, where she focused on aerospace and STEM initiatives for women.

Karina joined the Space Generation Advisory Council (SGAC) in 2017, and is now in charge of producing the organization’s SGx Keynote Series program at SATELLITE. She is also Manager of Strategic Initiatives for the Aerospace Industries Association. Over the course of just a few years, SGx has become one of the most popular and beloved programs hosted at the SATELLITE show. The program, co-produced by SGAC and the Future Space Leaders Foundation (FSLF), consists of a series of short TEDx-style keynotes that connect the ideas of students and young professionals with the experience and insight of aerospace industry leaders.

Karina has been managing SGx for a couple of years now, and she’s done a fantastic job bringing together a diverse and interesting group of speakers for the program. One of those speakers is Lori Garver. Karina knows Lori’s speech at SATELLITE 2020 will be just as influential on new audiences as it was on her several years ago.

During this episode, Karina and I talk about how and why she got involved with SGAC, how SGx is designed to inspire and keep young professionals motivated, and how she landed the leading actor of hit sci-fi series “The Expanse” as this year’s emcee.

For those of you who are interested in learning more about how you can get involved with SGAC, visit the organization’s FAQ website.