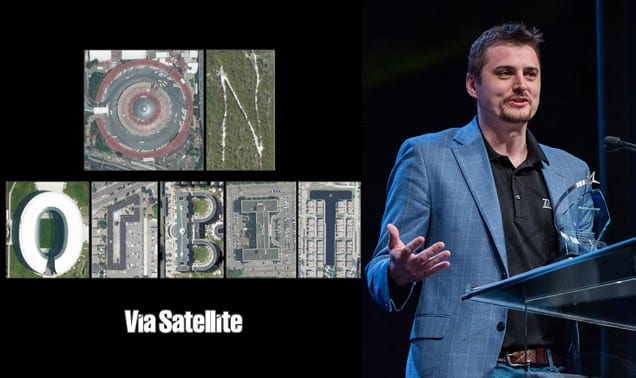 There have been only a handful of places fit for fiber installation — underwater, underground, or strung up on utility poles — until a new tech startup based in Virginia emerged with robotic tractors that are opening up a new world of possibilities for broadband infrastructure on the ground.

On Orbit caught up with Startup Space winner Daniel Turner, CEO and co-founder of TRAXyL, a company that is developing an automated, tractor-powered fiber deployment solution. Instead of crops, Daniel’s automated tractor plants fiber broadband lines along highways and existing paved infrastructure. The goal is to bring high-speed connectivity to millions of municipalities, small businesses, hospitals, school campuses, event complexes, and government and military facilities.

TRAXyL installs optical fiber lines along existing roadways without digging deep trenches. The company’s patented driverless FiberTRAXtor vehicle installs a fiber line on the surface of the road and then covers and protects the line with the company’s FiberTRAX resin. In this episode, Daniel shared the company’s origins, how he and his partner came up with the idea of using an automated tractor, and how technologies like the FiberTRAXtor can benefit the satellite and space sectors and, hopefully, the deployment of 5G wireless.

This is an extended version of an interview that was featured in the May edition of Via Satellite.