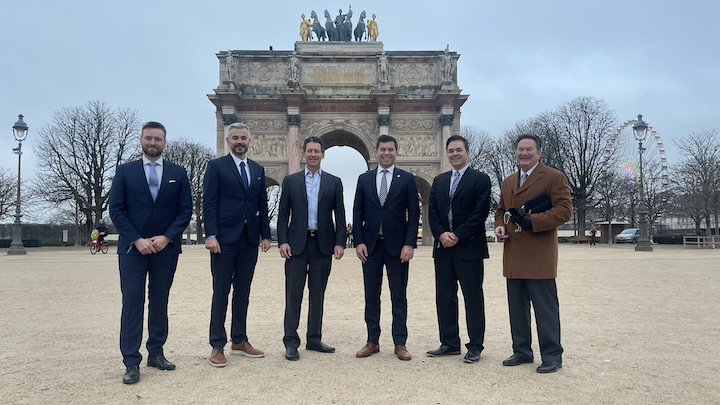 Virgin Orbit has invested in customers Hypersat and SatRevolution, investments that expand its space solutions business.

Virgin Orbit is acquiring a 17.5% stake in Hypersat, the launcher announced Wednesday. The amount of the investment was not disclosed. Hypersat is a geospatial analytics company that provides hyperspectral and long wave Earth Observation (EO) imagery. Earlier this year, Hypersat chose Virgin Orbit to launch its six hyperspectral satellites.

Jim Simpson, chief strategy officer of Virgin Orbit said space solutions is a “key vertical” for growth and this Hypersat investment will further that growth. “Hypersat has a great technology solution and an excellent developing capability that meshes well with our other space solutions to provide a complete package of useful data to drive critical decisions,” he said.

SatRevolution develops and manufactures nanosatellites and nanosatellite technology including a high-resolution telescope. The company was a customer on Virgin Orbit’s first commercial mission, and a customer on its upcoming mission.

This investment follows a strategic partnership between Virgin Orbit and SatRevolution earlier this year to develop business applications for the use of nanosatellites. SatRev and Virgin Orbit plan to jointly offer up to 500 kg of hosted payload services on LauncherOne rockets and turnkey solutions for space service deployment.

“Our partnership with Virgin Orbit will help us to develop critical relationships with existing and new customers and to give us speed, momentum and the resilience to deliver over the long term,” said Grzegorz Zwolinski, co-founder and CEO of SatRev.

These partnerships give more detail into Virgin Orbit’s plans to expand into different markets beyond launch, which Virgin Orbit mentioned in its SPAC announcement earlier this year. The company is still in the process of closing its business combination to become a public company.