Virgin Orbit To Go Public in SPAC Deal at $3.2B Valuation 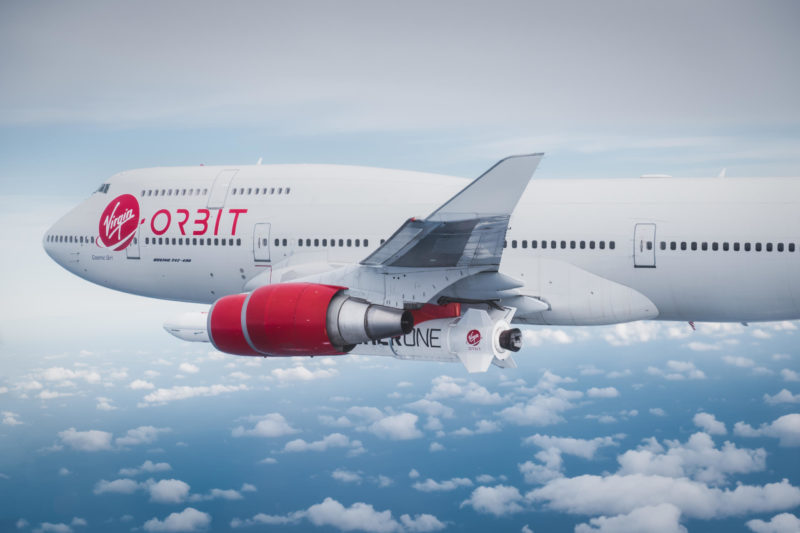 Virgin Orbit is taking a special purpose acquisition company (SPAC) merger to go public in a deal that values the company at $3.2 billion.

The launcher announced Monday that parent company Vieco USA, Inc. will combine with SPAC NextGen Acquisition Corp. II. The merger is expected to provide $483 million in proceeds. This includes a $100 million PIPE backed by Boeing and AE Industrial Partners, in addition to existing Virgin Orbit investors and NextGen.

The launcher’s SPAC news also included an announcement that it plans to move into data and analytics, with Internet of Things (IoT) and Earth Observation (EO) services. The company plans to launch two IoT and two EO satellites in early 2023.

“Our success in launch has driven the business forward, and now we expect this investment will enable us to build on our R&D efforts and our incredible team,” commented CEO Dan Hart in the announcement. “We are driving innovation with world-class design and advanced manufacturing capabilities, our unrivaled mobility of launch, and our exciting space solutions services.”

This deal comes after Virgin Orbit entered commercial service in June, launching satellites for the U.S. Department of Defense (DoD), SatRevolution and the Royal Netherlands Air Force. The company was founded in 2017 and has developed the world’s first air-launched, liquid-fueled launch system.

In Virgin Orbit’s air launch system, a modified jet carrying the LauncherOne rocket takes off from a standard airplane runway. The rocket is dropped from the jet in air, and proceeds to ignite and complete its mission. This method is fairly unique in the launch industry and otherwise only used by Northrop Grumman’s Pegasus launch vehicle.

Hart commented on the benefit of Virgin Orbit’s launch method in a webcast discussing the deal on Monday.

“Our air launch technology improves efficiency by using the power, the flexibility and operational versatility of an aircraft to get the first leg of the way to space. We made a conscious decision not to replicate the same ground launch approach that many of our competitors are using today,” Hart said. “Our second strategic advantage is mobility. We operate a launch platform that not only serves as an initial launch stage, but allows us to start launch anywhere on the planet. This provides greater flexibility for launches and helps reduce weather related delays that often impact traditional launch providers.”

The company follows the path of fellow Virgin Group space company Virgin Galactic, which focuses on space tourism. Virgin Galactic which recently saw success with its first fully crewed demonstration mission, carrying Sir Richard Branson to space. The company used a SPAC merger in 2019, and was the first company to use this method of financing in recent years.

SPAC use has exploded in recent months, and if the deal is completed, it will make Virgin Orbit the third dedicated smallsat launcher to be publicly listed, following Astra and Rocket Lab, which is set to begin trading on Wednesday. Astra is valued at $2 billion and Rocket Lab is valued at $4.1 billion.

The company’s investor presentation included new insight into Virgin Orbit’s financial performance. Virgin Orbit expects revenue of $15 million this year — $10 million for national security and defense customers, and $5 million from commercial and civil launch customers. This is projected to increase to $70 million in 2022, with 60% of revenues coming from national security.

Virgin Orbit is projecting just over $2 billion in revenue by 2026, with $838 million in national security and defense launch; $789 million in commercial and civil launch; and $436 million in space solutions.

“We expect to be able to convert these revenues into earnings and cash, and believe we are well positioned to do so, given we have been dual investing in R&D and production capabilities in parallel,” Hart said on Monday’s call. “We have already invested over $1 billion to develop the air launch technology, as well as our state-of-the art-manufacturing and rocket testing facilities.”

Virgin Orbit also outlined how it expects to use the proceeds. Roughly 35% will be spent to accelerate R&D; 25% for space solutions development; another 25% toward additional launch vehicles; and 15% to accelerate manufacturing capabilities.