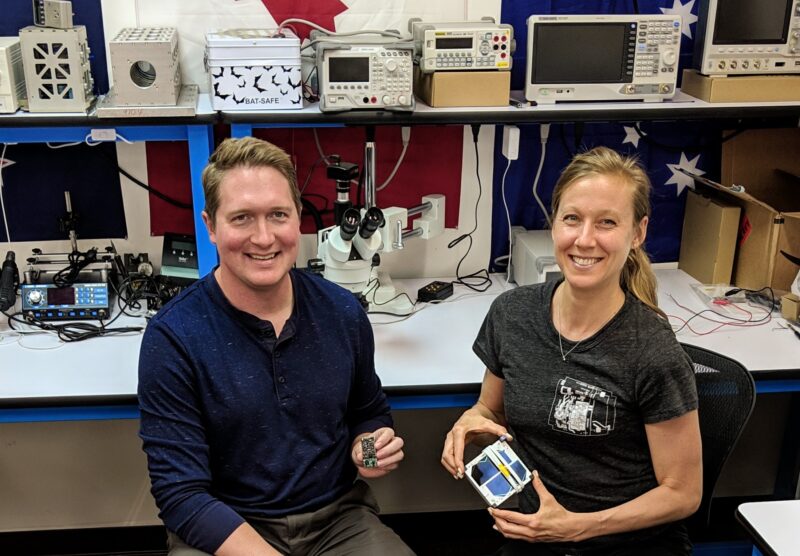 SpaceX is in the process of making its first acquisition of a satellite company. According to FCC filings from August 6, SpaceX has reached an agreement to buy satellite Internet of Things (IoT) startup Swarm Technologies.

The two companies have requested the FCC transfer Swarm’s Earth and space station licenses to SpaceX as Swarm will become a direct, wholly-owned subsidiary of SpaceX. The companies entered into an agreement on July 16. Financial details of the acquisition were not disclosed.

Swarm, named one of Via Satellite’s 10 Hottest Companies for 2021, offers remote IoT connectivity from sandwich-sized satellites at $5 per month per device. It sells a Swarm Tile modem for $119. The company first garnered media attention in 2018 for launching satellites without FCC approval, but now has around 100 satellites in orbit, and took its network live this year.

Swarm is vertically integrated, and built and designed its hardware, software, and protocols. SpaceX and Swarm told the FCC this combination will strengthen their ability to reach unserved and underserved parts of the world, and pointed to synergies between the companies.

“Swarm’s services will benefit from the better capitalization and access to resources available to SpaceX, as well as the synergies associated with acquisition by a provider of satellite design, manufacture, and launch services,” the FCC filing reads. “SpaceX will similarly benefit from access to the intellectual property and expertise developed by the Swarm team, as well as from adding this resourceful and effective team to SpaceX.”

Swarm is authorized by the FCC to operate a non-voice, non-geostationary mobile-satellite service in the 137-138 MHz and 148 -150.05 MHz bands. It has launched around 150 satellites.

Swarm confirmed the deal to Via Satellite on Monday but would not comment further. SpaceX did not respond to a request to comment.

This deal adds another area of satellite connectivity to SpaceX’s business, as it continues to build up its Starlink satellite broadband internet constellation.

In a conversation with Via Satellite earlier this year, Swarm CEO Sara Spangelo said the company’s goal wants to use its cheap pricing to bring in new customers who haven’t been able to afford remote IoT connectivity before. She said customers who may pay $10,000 each month to a legacy provider like Iridium can spend $500 per month with Swarm.

“For small companies that are bootstrapped, doing low-margin things like agriculture and logistics, this is an incredible benefit to their businesses — how they operate their price points, the risks they can take, the markets they can enter,” Spangelo said in February. “It also is at the point where people that have only previously used cell [connectivity], but want to expand their business beyond where cellular coverage is, can start to think about it as affordable.”

Editor’s Note: This story has been updated to note that Swarm confirmed the acquisition.

Read more about Swarm from the Via Satellite archive: