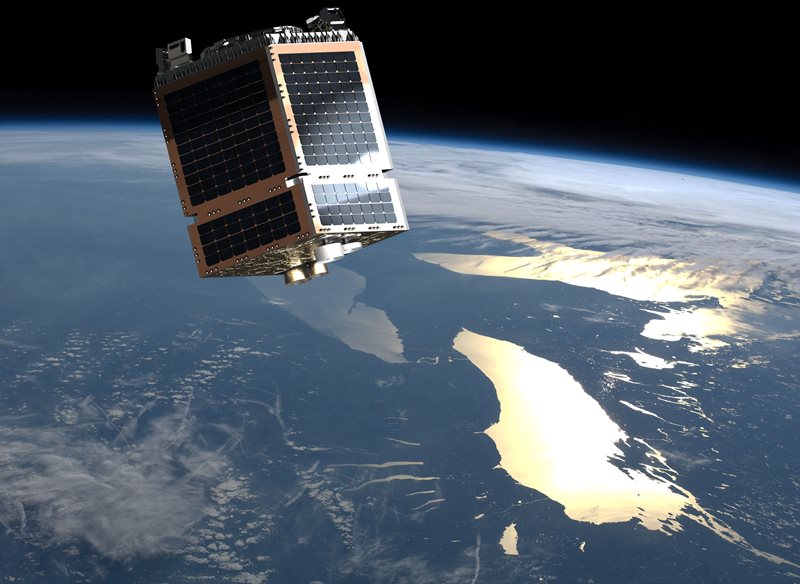 As part of its 2018 federal budget, the government of Canada has committed to providing $100 million for the country’s Strategic Innovation Fund. This investment will largely focus on supporting upcoming Low Earth Orbit (LEO) satellite projects. Telesat, which is just months away from its first customer demonstrations with its own constellation, will also receive a $20 million investment from the government of Ontario, helping accelerate the company’s efforts to be one of the first LEO broadband players to emerge in the market.

The investments seem to reflect the government’s confidence in LEO constellations as a solution to bridging Canada’s digital divide. There, the issue of rural broadband is a salient one due to the country’s distinct, often harsh geography and population distribution. At least half of its approximately 36 million citizens live south of the Washington-Oregon border, while most of the remainder live in sparse communities scattered across a 3.5 million square mile landscape. Telesat believes blanketing these rural regions with satellite-based connectivity is a profitable niche, and will work hand-in-hand with the Canadian government to do so. “Telesat will continue to seek opportunities to collaborate with the federal and provincial governments on its LEO satellite program,” Telesat Vice President Erwin Hudson told Via Satellite.

Telesat launched its LEO Phase 1 satellite in January on the Indian Space Research Organization’s (ISRO) Polar Satellite Launch Vehicle (PSLV). Since then, the company has completed orbit raising and is in the midst of testing the satellite’s payload, including demonstrating satellite tracking and Doppler compensation, low latency network performance, and tracking antenna validation, Hudson said. If all continues as smoothly as it has, Telesat will kick off its first demonstrations with customers in the second half of 2018, according to Hudson.

Already, Australia-based satellite operator Optus Satellite has signed on to conduct live, over-the-air trials on the Phase 1 satellite. “Other companies that serve key markets of interest to Telesat LEO, including maritime and aeronautical service providers,” have also signed on for initial trials, Hudson said.

On the manufacturing side, Telesat continues to negotiate with multiple undisclosed satellite manufacturers, “who continue to optimize their designs” to best meet the company’s low cost, high capacity requirements, Hudson said. “Our plan is to down-select to either one or two manufacturers and to move forward into a detailed design and development phase. If we determine that one is clearly superior to all others, we will select a single partner. If not, we will proceed with the best two offers. We expect to announce our satellite manufacturing decision in the next few months.”

As for launch options, the matter is somewhat complicated, as Telesat’s constellation will occupy multiple orbital planes at different altitudes and different inclinations. However, Hudson did say Telesat will likely select a heavy launch vehicle for its primary deployments. “For initial population of the constellation, heavy lift launch vehicles with large fairings offer the best ratio of mass and volume, resulting in lowest launch cost per satellite,” he said. “We also need a constellation maintenance strategy that allows us to replace any satellite in any orbit on short notice. Small launch vehicles capable of injecting one or two satellites directly into their operational orbits and available on short notice provide the best flexibility for constellation maintenance.”

According to Hudson, Telesat is considering both proven launch vehicles and those still in the developmental stage. And even though SpaceX is launching its own competitive LEO broadband constellation, that hasn’t dissuaded Telesat from potentially using its launch services. In fact, SpaceX is launching two of Telesat’s High Throughput Satellites (HTS), Telstar 19 Vantage and Telstar 18 Vantage, into Geosynchronous Earth Orbit (GEO) later this year.

When it comes to the LEO space race, Telesat is clearly close to the front of the pack. The success of its constellation could be a litmus test for how other similar satellite systems will fare. CEO Dan Goldberg, for one, is quite confident in the business case driving the constellation. As he noted in an interview with Via Satellite earlier this year, if the company is able to achieve its technical goals, LEO could become Telesat’s main focus in the coming years.