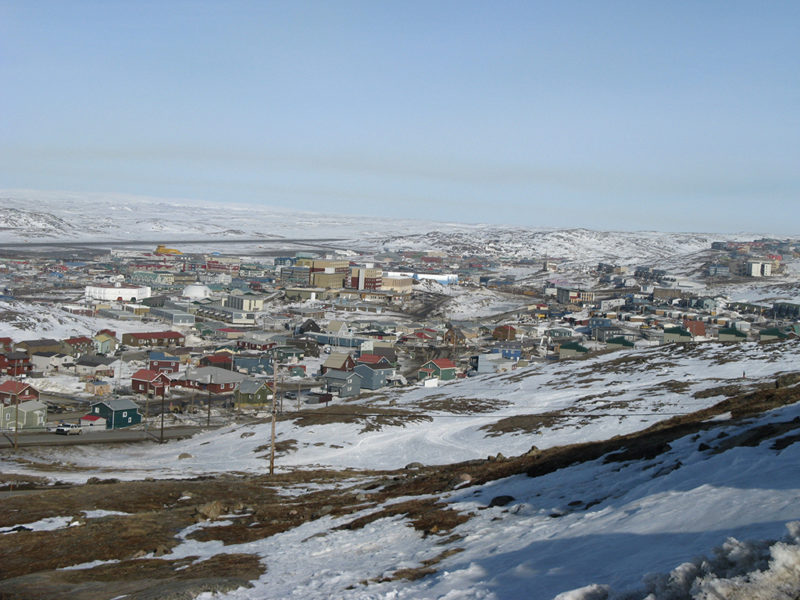 Iqaluit, the capital and only city in Canada’s Nunavut region. Photo: Northwestel.

Bell Canada subsidiary Northwestel is on track to connect all 25 Nunavut communities in northern Canada thanks to its partnership with satellite operator Telesat. In an interview with Via Satellite, Northwestel President Curtis Shaw said the latest contract inked between the two companies for capacity on the Telstar 19 Vantage High Throughput Satellite (HTS) will enable Northwestel to meet its goal of connecting all 38,000 Nunavut residents by 2019.

SpaceX will launch Telstar 19 Vantage to 63 degrees west sometime in the second quarter of this year. Once operational, it will boast the most capacity of any satellite in Telesat’s Geosynchronous Earth Orbit (GEO) fleet, which Northwestel will leverage to bring internet speeds to Nunavut that are on par with Canada’s other northern territories. According to Shaw, Northwestel will be able to offer its residential customers download speeds of 15 Mbps — three times faster than what is currently available — while also increasing the monthly data usage cap to 100 GB.

The Nunavut government will also take advantage of the improved connectivity for education and health care applications, Shaw said. Health centers in the region, usually staffed by just one or a few nurses in each community, rely heavily on the internet for remote diagnostics and consults with hospitals in the south. “Schools today that have a single DSL line or a 2 Mbps connection are now going to have a 100 Mbps connection,” Shaw added. “So I think you’ll see a major impact in terms of distance education and what teachers can do in the communities, because right now they’re very bandwidth-constrained.” 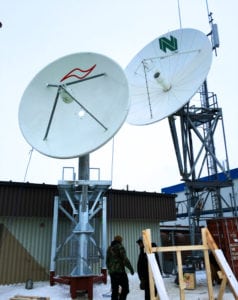 Serving a region like Nunavut comes with a distinct set of challenges for telecommunications providers. Northwestel alone covers Canada’s three northern territories — Yukon, the Northwest Territories, and Nunavut — which altogether comprise more than four million square kilometers, a full two-thirds of the Canadian landmass. And yet despite this yawning expanse, the region has a limited residential population at just 120,000 people. Half of those customers are located in two communities in the west, White Horse and Yellow Knife, and so expanding connectivity to the sparse population in the east can be both expensive and time-consuming.

Just one community in the Yukon, Old Crow, uses satellite instead of fiber; in contrast, all of Nunavut is served by satellite, Shaw said. “Fiber is being looked at [for Nunavut] but it’s not for the faint of heart,” he said. Not only would Northwestel have to wrestle with the powerful tides that sweep the Nunavut shoreline, but also six months out of the year the ocean along the coast freezes over. When it melts again in the spring, “if your cable isn’t buried and armored [the ice] rips it right out,” Shaw said. Moreover, the cost of intercepting the fiber line between Newfoundland and Greenland to redirect it to Iqaluit, Nunavut’s capital, would be anywhere between CA$80 million and CA$100 million. While Northwestel is contemplating extending its fiber lines to some Nunavut communities, Telstar 19 Vantage’s high throughput beams and total coverage of the region give it an economic advantage. “We’re looking at [fiber] today, but satellite for the foreseeable future is going to play a major role in the development of the territory,” Shaw said.

The Nunavut region is also unique in its demographic makeup. The median age is just 24 years old — half of Canada’s median at 40 — and more than 30 percent of the population is under the age of 15, almost twice the national average. As a result, one of the biggest trends driving bandwidth demand in Nunavut is mobile internet use. “You’ll see homes with four or five cellphones in them but maybe not a landline internet connection,” Shaw said. “The mobile network is advancing at a much bigger clip than you’d see in other jurisdictions in North America.”

Still, much of what the Nunavut population uses the internet for is similar to their southern neighbors. “You see the same major applications running across the network: streaming TV, connected homes, education, entertainment, web surfing,” Shaw said.

How that demand will change or accelerate in the near future as connectivity improves remains to be seen. Shaw admitted that while 15-year contracts have become standard in the satellite industry, it’s difficult to predict customer behavior more than a decade out. To maximize the value of the spacecraft as it ages, Telesat designed Telstar 19 Vantage with the capability to redirect bandwidth from community to community. “If fiber lands in one of the larger communities, we can redirect bandwidth to one of the smaller communities,” Shaw said. “It keeps the technology future-proof and will accommodate new technology developments on the horizon.”

To date, Northwestel has completed six new ground stations in preparation for Telstar 19 Vantage’s launch, with another 19 to go before it introduces the new service next year. “We’re trying to have a lion’s share of the work done by the end of 2018,” Shaw said.