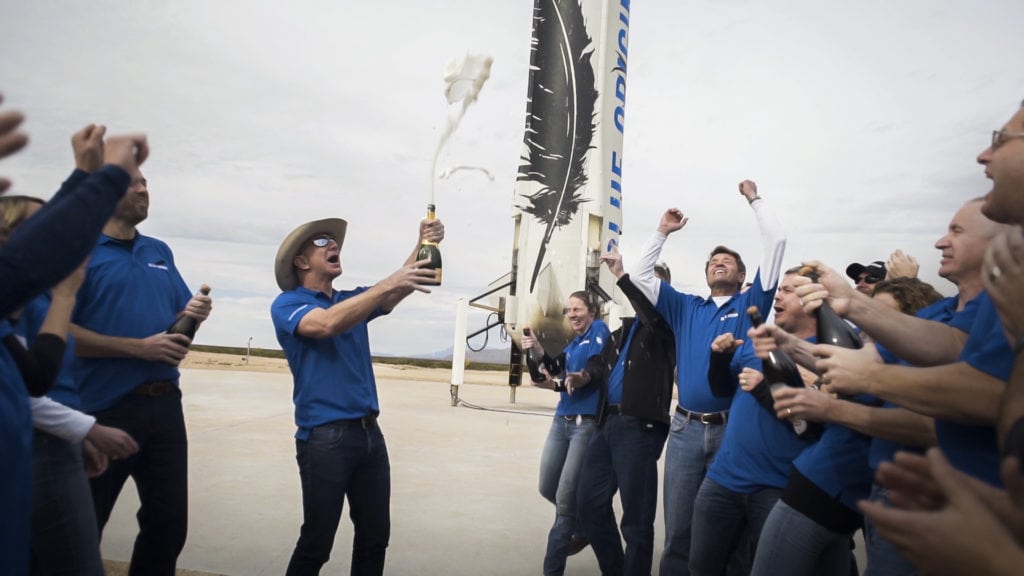 If all goes according to plan, Jeff Bezos will be the first of the so-called “space billionaires” to actually ride on his own rocket to space. The Blue Origin founder and owner announced Monday that he will ride as a passenger on the company’s first crewed New Shepard rocket launch, currently scheduled for July 20. The world’s richest person (at the time of this reporting) and founder of Amazon will join the winner of an open auction and his brother, Mark Bezos, on the flight.

The auction for a seat on Blue Origin’s first human space flight is currently underway, nearing $3 million with approximately 6,000 participants from 143 countries. Sealed online bidding took place in May and live bidding will conclude with an online auction on June 12. Blue Origin said that anyone interested in bidding in the live auction must register on the company’s website by June 10.

Blue Origin said the winning bid amount will be donated to Blue Origin’s foundation, Club for the Future, which Bezos revealed at SATELLITE 2019 as a “mission is to inspire future generations to pursue careers in STEM and to help invent the future of life in space.”

Bezos is volunteering to be a passenger on the New Shepard rocket at a relatively early stage in its development. The company just recently conducted the New Shepard rocket and crew capsule’s verification launch in April. Virgin’s Richard Branson has expressed a desire to ride on Virgin Galactic‘s SpaceShip Two space tourism vehicle, but has yet to set a definite date. SpaceX‘s Elon Musk has also said he would eventually like to go to space, but hasn’t committed to a specific launch.

This past February, Bezos made a surprise announcement that he was stepping down as CEO of Amazon — a role he has held since founding the company in 1993. Bezos stated that he wished to spend more time focusing on Blue Origin after he leaves Amazon in the hands of new CEO Andy Jassy, the current lead executive of Amazon Web Services, in the third quarter of this year.