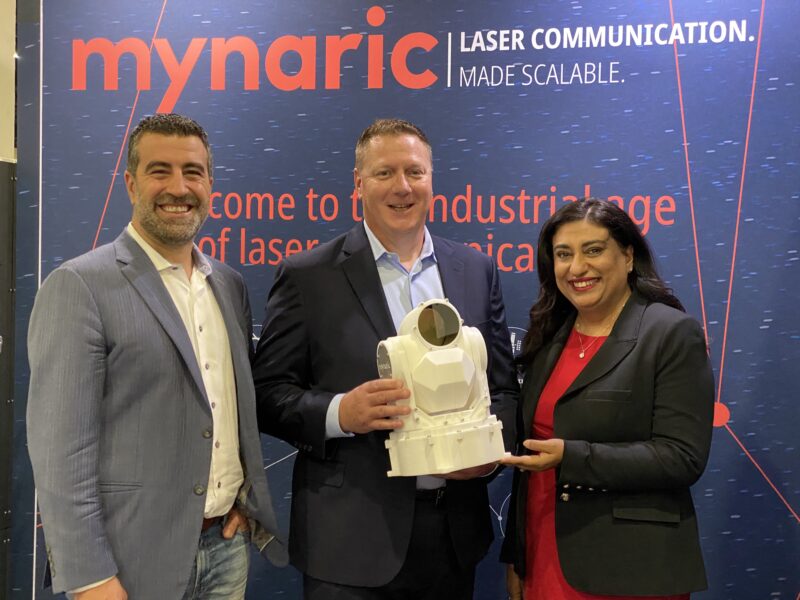 SpaceLink has signed on as the second customer for Mynaric’s recently announced next-generation optical communications terminal, the CONDOR Mk 3. Mynaric and SpaceLink announced Thursday, Sept. 9 that they have agreed upon delivery and pricing for the first batch of the terminals by late 2022. Financial terms of the deal were not disclosed.

This follows after SpaceLink placed an initial order for Mynaric optical terminals for its Medium-Earth Orbit (MEO) satellites, valued at up to $28 million, earlier this year.