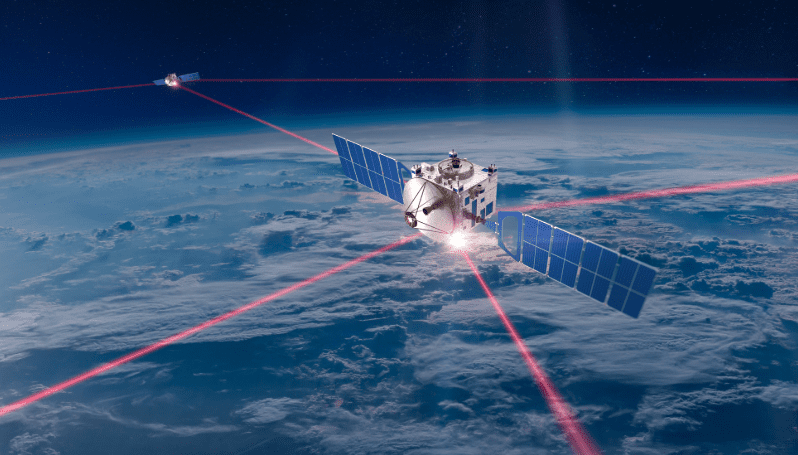 Mynaric has finalized its deal with SpaceLink for Optical Inter-Satellite Link (OISL) terminals at up to $28 million, the company announced Thursday. The agreement was previously announced in May of this year, but the deal now includes potential follow-up orders and further collaboration between the two companies. Mynaric expects to ship SpaceLink’s first units during the first quarter of 2023.

SpaceLink is working to build a data relay network with satellites in Medium-Earth Orbit (MEO), connected by inter-satellite links. This network will aim to provide secure, continuous, high-capacity communications between Low-Earth Orbit (LEO) spacecraft and the ground. Earlier this week, SpaceLink announced a collaboration with Blue Marble Communications to accelerate the development of advanced optical terminals.

“The final details of this agreement are just the beginning of a strategic partnership designed to bring fast, highly secure and continuous communications between spacecraft and the ground. Our industrialized approach to production will allow us to meet the expanded needs as SpaceLink’s constellation grows,” said Tina Ghataore, president of Mynaric USA and CCO of Mynaric.