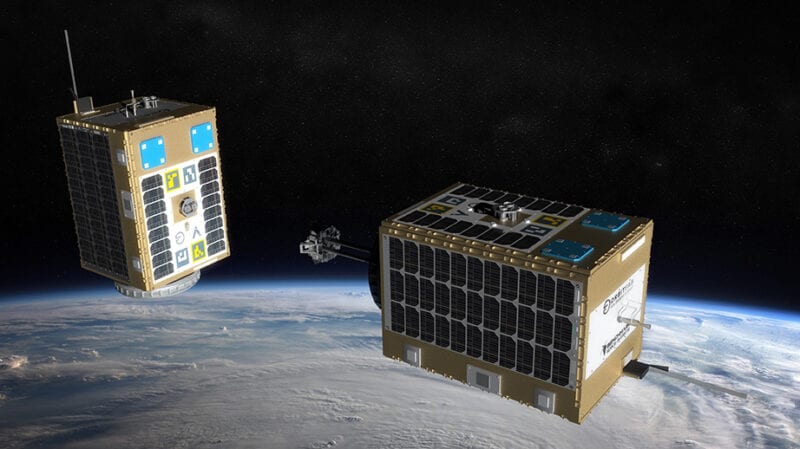 Orbit Fab, the San Francisco-based start-up that is building gas stations for spacecraft in orbit, has entered into a technology partnership with non-toxic small satellite propulsion supplier Benchmark Space Systems (BSS). The two companies will combine their refueling technologies and servicing infrastructure to extend satellite missions in space.

BSS will utilize Orbit Fab’s Satellite Gas Cap fluid transfer interface (RAFTI) to fuel Orbit Fab’s Tanker-001 Tenzing on the ground. BSS will also offer the RAFTI interface as an option with its Halcyon and Peregrine propulsion solutions for in-orbit refueling. The company uses hydrogen peroxide as a cost- and environmentally friendly fuel, which it also believes is effective for in-space thrust and maneuverability.

Orbit Fab and BSS will demonstrate the combined solution at the SpaceX launch pad and in space aboard Orbit Fab’s first operational fuel depot, which is scheduled to launch on a SpaceX Falcon 9 later this year.

Orbit Fab CEO Daniel Faber said the partnership would create a much more accessible in-orbit ecosystem for satellite servicing, national security, and space commercialization. “Together with Benchmark Space Systems, we share a long-term perspective and commitment in order to establish a sustainable in-space infrastructure that enables spacecraft to ‘maneuver without regret.’ And we benefit tremendously from the maturity of the Benchmark propulsion system, which is already flight qualified,” Faber said.

Faber was recently interviewed as a guest on Via Satellite‘s On Orbit podcast. During the interview, Faber outlined how refueling services are necessary in order to open up access to space for new industries like space tourism, manufacturing, and mining. In 2019, Faber won the Startup Space competition at the SATELLITE 2019 conference in Washington, D.C.