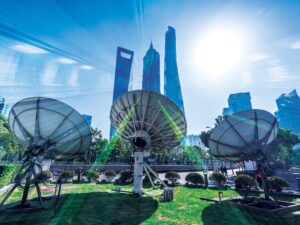 In December, DIFI combined with the Digital Interface Standards Working Group (DIS), consolidating its seven members of DIS within the consortium. The combined group established its mission to enable the digital transformation of space, satellite and related industries through an interoperable digital IF/RF standard that accelerates industry transformation from L-Band and discourages vendor lock-in.

“Movement towards system interoperability in space ground systems is clearly accelerating,” said Kratos’ SVP for Advanced Technologies Stuart Daughtridge, who serves as chairman of DIFI. “It is particularly gratifying to see acceptance of the DIFI standard among such a diverse group of companies across all aspects of the user community and the supply chain, from GSaaS [Space/Software as a Service] providers to component and antenna makers to systems engineering companies.”