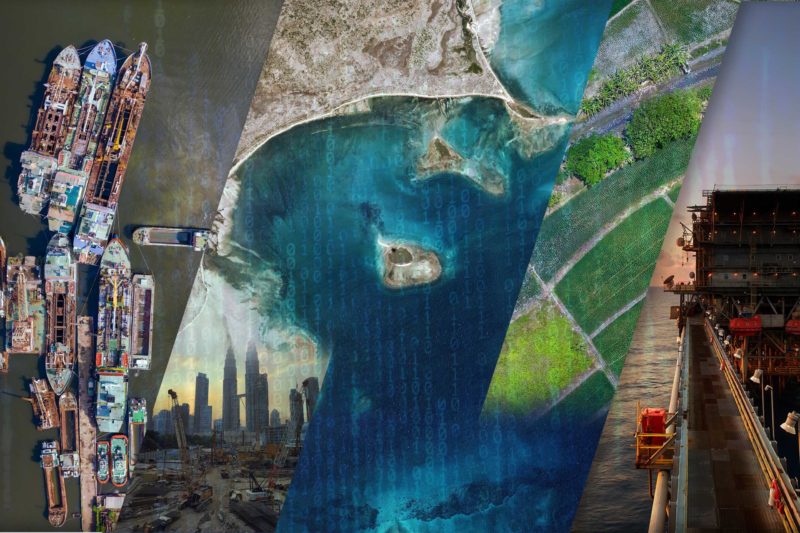 The National Reconnaissance Office (NRO) awarded contracts to Maxar Technologies, BlackSky, and Planet, for satellite imagery worth billions of dollars over the next 10 years. The NRO said the awards announced Wednesday are its largest-ever commercial imagery contract effort. The agency called it a “historic expansion” in how the NRO acquires commercial capabilities.

The Electro-Optical Commercial Layer (EOCL) contracts are effective as of May 22 and include a five-year base and multiple one-year options with additional growth through 2032.

“The NRO has a long-standing strategy of ‘buy what we can, build what we must’,” said Dr. Chris Scolese, NRO director in a news release. “The diversity offered by our expanding architecture comprised of both commercial and NRO systems increases our resilience and enables an integrated approach to the threats facing our nation.”

The NRO acquires and operates the U.S. government’s intelligence, surveillance, and reconnaissance satellites. The agency said this unclassified imagery will support the mission needs of NRO’s half-million intelligence, defense, and federal civil agency users. The NRO said the contract was designed with user-friendly license agreements, in order to maximize data sharing across the customer base.

Pete Muend, director of NRO’s Commercial Systems program office said that using commercial imagery through this contract allows the NRO to “dedicate national systems to the most challenging and sensitive missions.”

Maxar’s 10-year contract is worth up to $3.24 billion, according to filings with the Securities and Exchange Commission. It includes a firm five-year base contract commitment of $1.5 billion — a contractual commitment of just over $300 million for each of the first five years.

Maxar currently offers imagery to the NRO through the EnhancedView Follow-On (EVFO) contract, and EVFO imagery acquisition requirements will transition to the EOCL contract. The base contract value for EOCL of $300 million is in line with the exercised value of EVFO from 2014 through 2021.

This award comes as Maxar is preparing for the launch of its next-generation WorldView Legion satellites which will increase on-orbit capacity. Maxar recently pushed the first WorldView Legion launch from early summer to September after encountering a test configuration anomaly.

“This award protects the core of what we do for the NRO. It locks in a solid and stable foundation of revenue streams for the company over the next five to 10 years, and it positions as well to grow off this base,” CEO Dan Jablonsky said on a Wednesday call with investors.

Maxar also tightened its 2022 guidance range after the news. Total company revenue guidance is now between $1.805 billion and $1.855 billion, compared to the range of between $1.8 billion to $1.9 billion in the company’s most recent financial results.

Maxar stock jumped more than 18% on Wednesday after the announcement.

BlackSky’s 10-year contract is worth up to $1.021 billion, according to SEC filings The five-year base subscription has a starting value of $85.5 million. CEO Brian O’Toole told Via Satellite that more than $71 million of that amount will be awarded in the next two years. This is “by far” the largest contract BlackSky has received, he said.

“It really is a big step up and substantially expands our relationship with that customer [in terms of] the amount of capacity we’re delivering,” O’Toole said.

BlackSky has existing contracts with the NRO, and the agency has evaluated BlackSky capabilities over the past three years. O’Toole said this award validates BlackSky’s high revisit rate dynamic monitoring.

“This award validates our strategy to deliver a platform that provides the most advanced, high-revisit, dynamic monitoring of the most important locations and assets in the world. We’ve proven it works, it’s operational, and it can scale,” he said. “They’ve expanded requirements to include high frequency monitoring, which is beyond their traditional foundational imagery, and they’ve chosen us to provide those new, advanced services.”

O’Toole said this contract addresses imagery, which means that government agencies like the NGA can purchase BlackSky’s analytics services on top of this award. “It’s a really strong anchor for capacity, but we now can sell analytics separately from this contract,” he said.

The company’s current on-orbit capacity of 14 satellites is sufficient to deliver on this contract for the next several years, O’Toole said. BlackSky will maintain its satellite expansion plan with third generation satellites next year.

As of press time on Wednesday, Planet had not issued an SEC filing with financial details of the contract. Planet said in a news release this award includes medium resolution PlanetScope and high resolution SkySat imagery. It will also include the next-generation Pelican fleet once it is in operation. Planet recently said the Pelican satellites will offer up to 30 cm resolution. The contract also includes Planet’s archive.

“Planet has been proud to partner with the U.S. government for many years, and the EOCL award is the next giant leap in our work together,” said Robbie Schingler, Planet’s co-founder and chief strategy officer. “We have long held the conviction that unclassified commercial satellite imagery not only equips the government with differentiated and innovative intelligence capabilities, but also increases transparency and accountability that advances global security, as well as trust between government and citizens. EOCL is this conviction realized.”

The NRO is evolving how it works with commercial players as capabilities in the commercial space industry become more advanced. This award follows after the NRO contracted five commercial companies in January for synthetic aperture radar (SAR) including Airbus, Capella Space, and Iceye, to better understand how to use this type of commercial data.