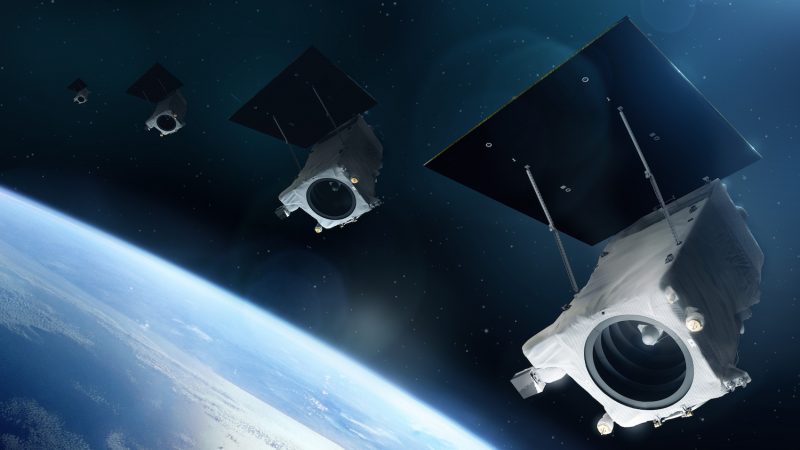 The highly anticipated WorldView Legion constellation will provide a boost to Maxar’s Earth observations capacity The first satellite was originally set for a September 2021 launch, but has been pushed back multiple times after issues with hardware and work delays. Maxar had reserved a launch window with SpaceX from May 15 to June 13, but CEO Dan Jablonsky announced the further delay during Maxar’s first quarter 2022 financial results on May 9.

“We had an anomaly on the configuration of one of our tests. It wasn’t a design or a hardware, it was how the test was set up,” Jablonsky told investors. “We’ve had to go back and figure out how to do that test differently, which we’ve substantively done. It’s taken a little bit of time for that, but we’re on a path to get it remediated in the timeline that supports the September launch.”

Jablonsky said Maxar plans to have three satellites ready for the launch, although only two will launch.

Adding to schedule pressures, Jablonsky said Maxar may have to use ground transportation to get the satellites to the launch site because there is a shortage of Ukrainian Antonov aircraft typically used to transport the satellites, due to the war in Ukraine.

“I’m disappointed that we’ve had another delay. As you know, we’ve been hit with supply chain and COVID-related issues over the past couple of years, which negatively impacted our time line,” Jablonsky said. “This is a first-of-a-kind program and issues can arise as we go through our exhaustive testing protocols to assure mission success for a set of satellites designed to last at least a decade.”

Despite the delayed launch, Maxar did not adjust overall 2022 guidance of total revenue between $1.8 billion to $1.9 billion.

CFO Biggs Porter said in guidance for 2022, Space Infrastructure and intersegment eliminations were modified upwards by $35 million to account for the WorldView Legion equivalent annual cost (EAC) growth. $20 million of this EAC growth is driven by the delay and roughly $15 million comes from work on WorldView Legion-7 and 8 Maxar brought forward into the current year.  Space Infrastructure revenues are expected to be roughly $735 million in 2022, with $100 million in intersegment eliminations.

Earth Intelligence guidance is set between $1.16 billion and $1.24 billion.

“There are some headwinds on our guidance, including on revenue, the delay in any upside on [the National Reconnaissance Office’s  Electro-Optical Commercial Layer contract] and the slight Legion delay and on cash from those items and the increase in leasing costs associated with the delay. However, those are within the range as we previously gave it, and there remain other opportunities, including some new ones to fully offset those pressures,” Porter said.

For the first quarter of 2022, Maxar reported consolidated revenues of $405 million, up 3.3% over the same time last year. Net loss was $7 million, compared to $84 million in Q1 last year.

Space Infrastructure was up 14% over the same time last year, at $177 million. Maxar said revenues increased because of the $28 million charge realized in 2021 due to the failure of the SXM-7 satellite, which did not repeat this year. Space Infrastructure also saw a $3 million decrease in revenues from U.S. government contracts and a $2 million decrease in revenues from recurring commercial programs.