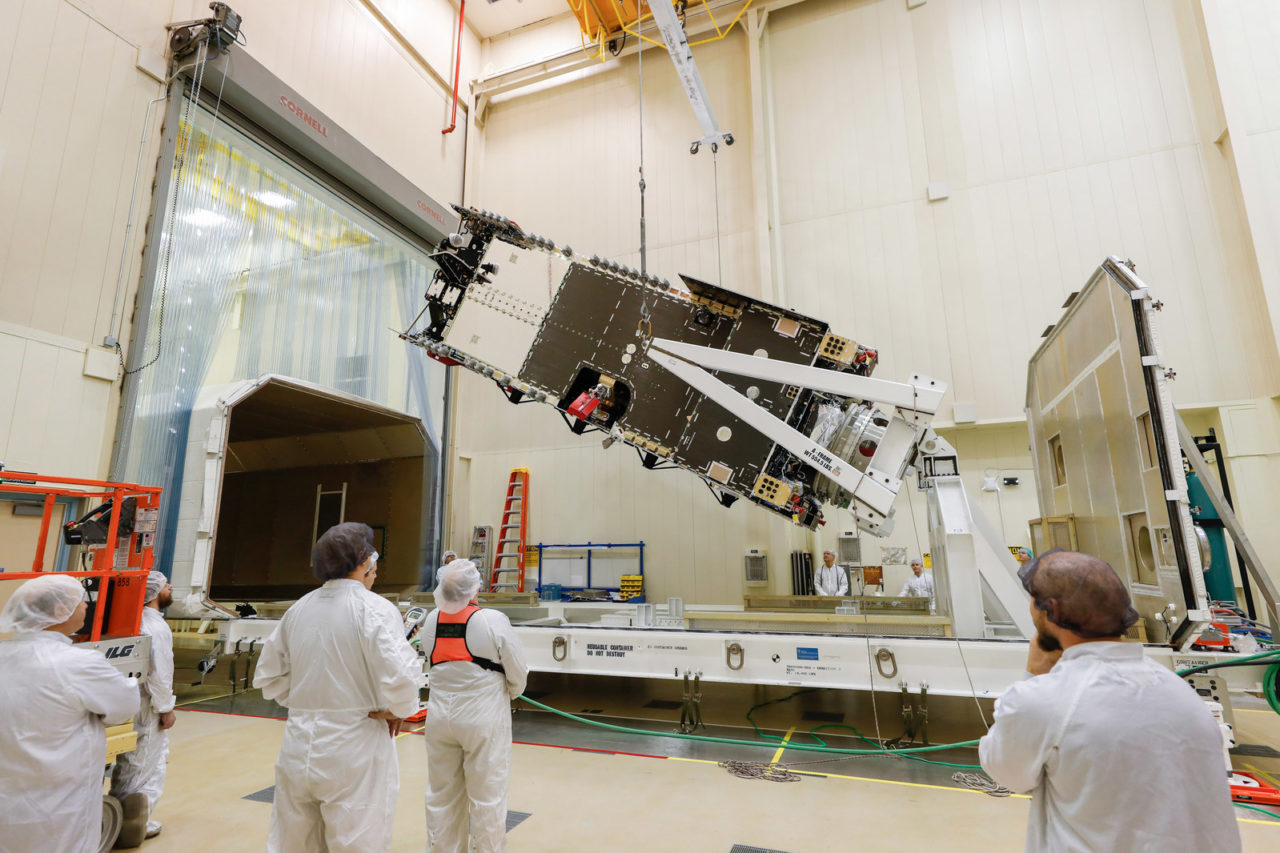 A new, high-capacity communications satellite that will deliver TV, internet and mobile phone services to the Middle East, Africa and Europe is one step closer to launch. Lockheed Martin announced it has completed assembly of Arabsat 6A, which was recently shipped to its Sunnyvale, California facility to begin a series of tests to ensure the satellite is ready for operations in orbit.

Arabsat 6A is part of the two-satellite Arabsat 6G program for Arabsat and is the second of Lockheed Martin’s modernized LM 2100 series satellites to complete assembly. The other satellite in the Arabsat 6G program, Hellas Sat 4/SaudiGeoSat 1, recently completed assembly and was also shipped to Sunnyvale last November for testing.

During the trip from Denver to Sunnyvale, Arabsat 6A was housed in a “mobile cleanroom,” which keeps the satellite secure and in pristine condition, free of specks of dust and contaminants that could damage its precision electronics. In California, the satellite will undergo multiple tests to ensure it is fit for flight. The satellite will be blasted with sound, exposed to extreme heat and cold, and subjected to a total vacuum to simulate what it will endure during its launch and operations in space. The testing will be completed and the satellite ready for delivery to the launch site by the end of the year.

“Arabsat 6A and its companion satellite, Hellas Sat 4/SaudiGeoSat 1 are the most advanced commercial communications satellites we’ve ever built,” said Lisa Callahan, vice president and general manager of commercial civil space for Lockheed Martin. “The modernized LM 2100 that these satellites are built on is packed with new innovations, including solar arrays that are 30 percent lighter and 50 percent more powerful, upgraded flight software and more efficient propulsion capabilities resulting in longer maneuver life.”