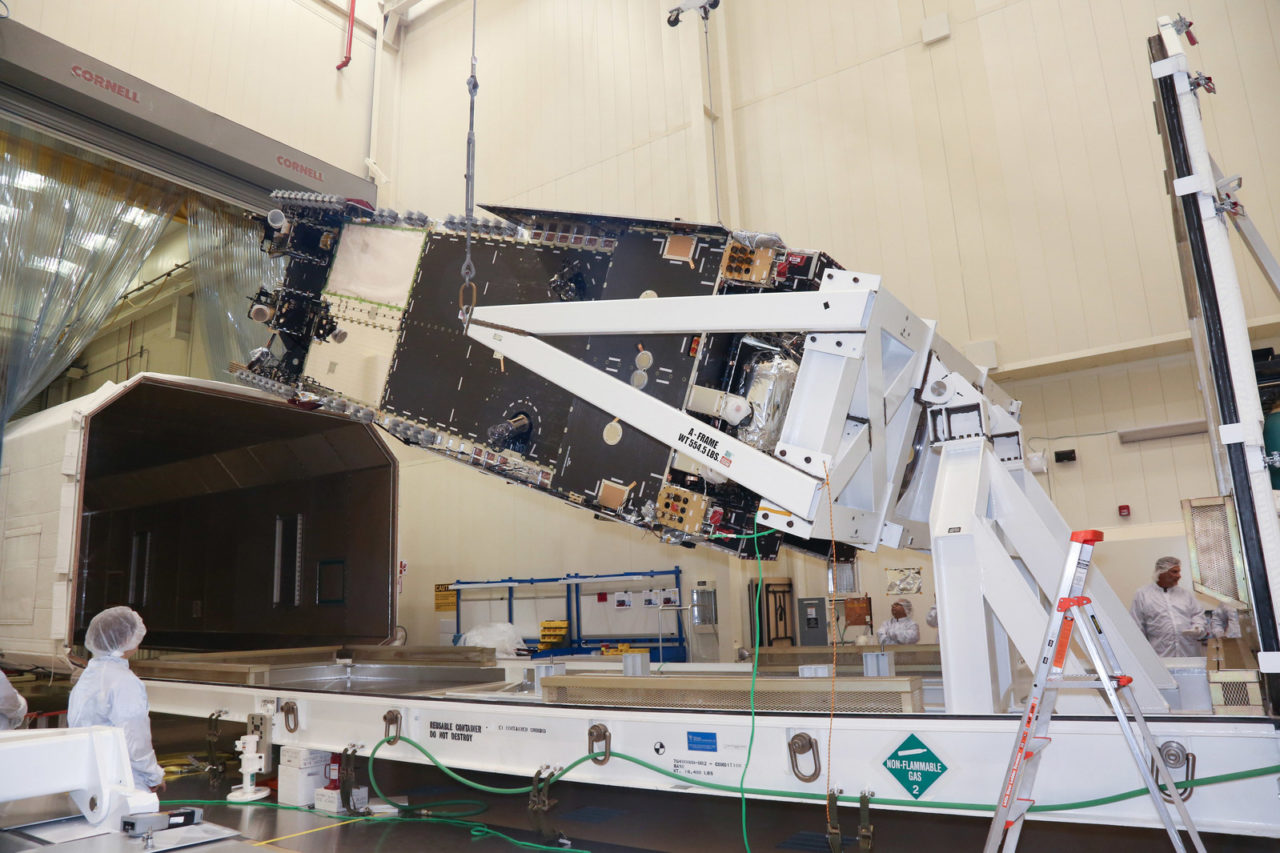 Lockheed Martin has completed the major assembly of Hellas-Sat 4/SaudiGeoSat 1 and has shipped the communications satellite to its Sunnyvale, California facility to undergo critical environmental testing. The first of the modernized LM 2100 satellites, Lockheed Martin is building Hellas-Sat 4/SaudiGeoSat 1 for Arabsat and Hellas Sat and King Abdulaziz City for Science and Technology. It will provide advanced telecommunications capabilities, including television, internet, telephone and secure military communications to customers in the Middle East, Africa and Europe. The satellite is the first of two in the Arabsat 6G program. The second is Arabsat 6A.

During environmental testing, the satellite will undergo a series of tests to simulate the launch and space conditions to ensure a successful mission. This testing includes simulating the launch environments with acoustic and vibration testing, simulating the harsh space environment with vacuum and extreme temperature testing, and radio frequency compatibility and performance testing to validate the payload meets critical performance expectations.

The satellite recently went through comprehensive testing as a part of a baseline integrated systems test at the company’s Littleton, Colorado facility where the satellite was designed, assembled and integrated with its payload. Remaining baseline testing will be completed before environmental testing.

While in California, but prior to the environmental tests, the satellite’s large communications antennas and large flexible solar arrays will be installed. According to Lockheed Martin, the four deployable antennas use a new design that allows them to be tuned with higher accuracy and efficiency. The multi-mission modular solar arrays incorporate three key features: higher power, less mass, and compact stowage. This compact flexible array design delivers 50 percent more power than previous rigid array designs at 30 percent less mass, Lockheed Martin stated.

The satellite is scheduled for delivery to the launch site in the third quarter of 2018.