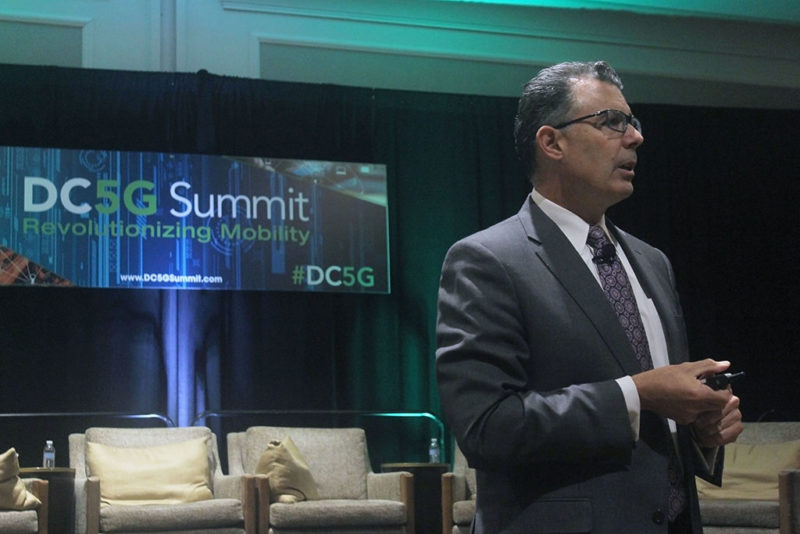 In a presentation delivered at the end of this week’s DC5G 2017 Summit, Intelsat Senior Vice President of Sales and Marketing Kurt Riegelman asserted that satellite operators will continue to be the primary users of C-band spectrum under the company’s joint proposal with Intel.

A handful of satellite operator executives, including ABS CEO Tom Choi, have already voiced concerns that regulators could use the proposal as a means to delegitimize satellite use of C-band spectrum in other regions. Hoping to allay the apprehension, Riegelman explained that the United States is unique in that two companies — SES and Intelsat — control the majority of licensed C-band services.

“The reason that we are terrified in most places of having anyone coming into our spectrum is because you can’t create that situation anywhere else,” he said. “In Europe, it doesn’t work this way. Europe doesn’t have as much content distribution over C-band like we have in the United States.”

Due to SES and Intelsat’s dominance, Riegelman said the company has a strong belief it can create a shared use program in the contiguous U.S. specifically that allows satellite operators to maintain control of the “major factors and levers.”

Riegelman added that Intelsat hopes to avoid a situation in which the FCC itself is forced to create new mandates for C-band spectrum distribution. If the FCC were to propose a sharing paradigm that disadvantages satellite operators, “we’re going to dig in,” Riegelman said, and the issue will be mired in courts for the next decade — almost certainly delaying the rollout of new services and technology related to 5G.