“Simply ludicrous and ridiculous” — Tom Choi, CEO of ABS and one of the most outspoken CEOs in the satellite industry, did not hold back when assessing Intelsat’s announcement last week to join forces with Intel to expand the use of 3700-4200 MHz C-band spectrum to terrestrial mobile services. If the proposal, made in response to a Notice of Inquiry (NOI) filed by the U.S. Federal Communications Commission (FCC) in August, is adopted, wireless operators would be able to leverage mid-band spectrum alongside satellite operators, who historically have resisted such sharing agreements due to concerns about interference.

Choi believes, first and foremost, that C-band or any other spectrum used in Geostationary Earth Orbits (GEO) does not belong to any satellite operator but rather by countries/administrations that are registered with the International Telecommunications Union (ITU). “The orbital slot filings operated by Intelsat belongs to an intergovernmental organization called the International Telecommunications Satellite Organization (ITSO) and I highly doubt they would agree to this preposterous move,” he said.

Choi added that there are multiple countries including Papua New Guinea that allow a company like ABS to operate a C-band satellite, ABS 3A, which serves the Americas. Choi believes there would be three violations of the rules and rights as defined by the ITU regulations at this move: “First, Intelsat does not own any C-band spectrum rights either in GEO or for use in terrestrial,” he said. “Second, the ITU Radio Regulations does not allow individual countries to assign satellite C-band spectrum for use terrestrially by any individual country. If the FCC agrees with this they would be setting a dangerous precedent and all other countries would follow suit. The radio regulations created in the ITU and its legitimacy maybe completely decimated, threatening the existing C-band operations in every country around the world. This would destabilize the fundamental business that even Intelsat has on a global basis. Third, C-band rights are assigned to multiple administrations that serve the United States and I don’t believe any other party would agree to go along with it.” 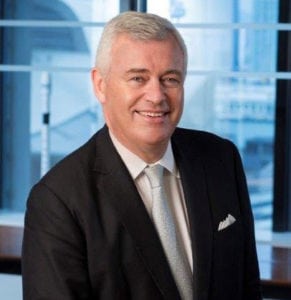 Other CEOs, while maybe not as harsh in their assessments as Choi, are scratching their heads at Intelsat’s move. Andrew Jordan, CEO of AsiaSat, was also fairly withering in his assessment. “On face value, this was a unilateral decision by Intelsat, without prior consultation with other satellite operators, and is very divisive. Furthermore, I don’t agree with the premise that the C-band battle has been lost,” he told Via Satellite.

Jordan admits he was “very surprised” by Intelsat’s move and said this surprise has also come out in conversations he has had with other satellite operators. Jordan believes one of the great strengths of the satellite industry is how all of the operators, although fierce competitors, have banded together for the common interest of the industry to protect C-band resources, which are critical for lifeline services, television distribution and video contribution globally.

“We know that LTE and satellite cannot coexist in the 3.7 – 4.2 MHz band, so it is hard to see how carving out certain portions of this in cities can help the industry or our customers who depend on us for reliable and high quality service. The incompatibility of LTE/WiMax with satellite applications in the 3.7 – 4.2 MHz band has been demonstrated through numerous ITU studies and this view was also endorsed during the conclusion of the WRC-15. I’m also surprised because my understanding is that the frequencies do not belong to any individual operator or administrations, but rather a global resource administered by notifying authorities through the ITU,” he added.

While Jordan welcomes any constructive proposals to satisfy both the LTE and satellite industries, he doesn’t see how unilaterally withdrawing from C-band services in certain areas will achieve this, and therefore believes Intelsat’s move is bad for the satellite industry. “Doing this unilaterally outside the ITU process and without prior consultation with the satellite industry is a complete surprise to the industry. I also note that there are many other spectrum bands the 5G industry could apply for, and yet they continue to push for C-band, threatening multiple billions of dollars’ worth of investments,” he added. 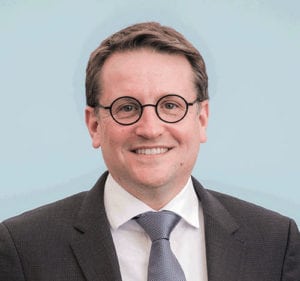 Via Satellite also talked to Rodolphe Belmer, CEO of Eutelsat, the day after Intelsat’s surprise announcement. Belmer admitted that, at the moment, Eutelsat’s opinion is not fully shaped yet. “We read with surprise the announcement by Intelsat and still need to analyze all the possible consequences. We believe there are potentially both positive and negative consequences. We don’t have a spontaneous positive or negative reaction. It is a complex situation that we need to analyze deeper to see whether we think the net balance is positive or negative. It is a complex situation with many elements — regulatory, strategic, partnerships, etc. So we need to fully understand the precedent created by the Intelsat announcement,” he said.

When asked about his gut instinct on the situation, Belmer said that the jury is still out. “It might be positive, even though there are some risks associated with this. It came out totally by surprise to us. I don’t want to react by instinct,” he said.

Belmer says it will take one or two months for Eutelsat to have a considered opinion. The company aims to have discussions with stakeholders to understand what they think in their relevant geographies.

Jordan himself does not believe Intelsat will find many satellite operator supporters in the satellite industry for this announcement, and he thinks most likely the 5G industry will not view it as going far enough, so the risk is that it satisfies nobody.

In terms of how this situation will play out, Jordan adds, “It’s hard to say.  I would be surprised if the FCC were to allow Intelsat to effectively sell C-band to 5G in certain cities, and I don’t have enough detail to understand how Intelsat sees the use of C-band outside cities, but it does not seem to me to be a workable solution for either industry.”

Choi said the satellite industry will have to carefully examine if Intelsat is a willing participant and a partner in the ongoing protection of GEO frequencies and the ITU radio regulations process. “If this decision was made without ITSO’s approval, ITSO should examine this move carefully and understand its implications for its inter-governmental owners. Worst of all the potential fallouts, I am now seriously worried now that if the FCC takes this move seriously, other regulators in all the countries of the world will take notice and see if they should ‘nationalize’ the C-band spectrum. This is in fact what Intel [who is the leader in setting the 5G standards] would love to do,” he said.

Choi believes there could be far reaching consequences for the satellite industry as a result of Intelsat’s move. “I can almost guarantee they will be using this initiative to delegitimize the C-band operations for satellite everywhere in the world and they will point to the complicity of Intelsat in the United States to justify that C-band is not needed by the GEO operators. This would be truly a disaster for the Fixed Satellite Services (FSS) industry. Why couldn’t the brains at Intelsat not foresee that consequence? Did they never play chess?” he said.