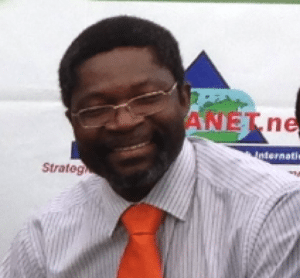 [Via Satellite 09-17-2015] Afrikanet, a satellite Internet Service Provider (ISP) dedicated to African markets, expects to see a surge in business as more Ka-band High Throughout Satellites (HTS) are launched over its primary market. The company, formed in 1999 to provide last-mile connectivity, started offering satellite broadband in 2005. Now, with several satellites soon to launch, the company is planning a push into residential markets where satellite broadband was largely unaffordable in the past.

“We recently started successful Ka-band testing,” Casimir Berthier Fotso Chatue, CEO of Afrikanet, told Via Satellite. “We are starting to target East Africa, but our next phase is preparing for 2016-2017 when big players like Avanti and Yahsat will launch high throughput satellites. Each is launching one or two big satellites to cover West Africa. That’s when we are going to really capitalize and bring satellite broadband to different households and directly target growing middle class African end users in mass markets.”

Though based in Oxford in the U.K., Afrikanet is created and run by Africans, with personnel in Africa to be close to customers. The company has operations in 14 countries primarily in the Sub-Saharan portion of the continent. Fotso Chatue said Ka-band will enable satellite broadband similar to Direct-to-Home (DTH) broadcasts, further boosting connectivity in the region. He estimates broadband penetration was around 2 or 3 percent penetration when the company started, and is now around 14 to 15 in some countries. In more advanced countries the number is closer to 25 percent, he said. As more HTS systems come online, this number is expected to rise.

Africa is a market of considerable interest for many satellite operators to add new capacity. In the Ka-band space, Avanti is launching the Hylas 3 steerable HTS payload in 2017, along with the Hylas 4 satellite the same year. Yahsat’s Al Yah 3 is scheduled to launch in 2016. Earlier this Month, Fibersat announced a new hosted payload known as Fibersat 1 that will also bring Ka-band capacity to Africa in 2018.

“HTS Ka-band gives what people expect, and at a very good price compared to conventional satellites in Ku-band or C-band where right now the price is around $1,500 or $2,000 per month of one megabit per second. For Ka-band you can get access to very high speeds, up to 25 Mbps for starting price around $100 to $150 per month and this will be our target offer to the growing middle class household in Africa. This is indeed, very good for all the users in Africa,” said Fotso Chatue.

He added that several Small to Medium Enterprise (SME) business are also driving demand. Fotso Chatue said he anticipates the most demand will stem from the need for real-time information from these companies, which can range anywhere from 10 to 50 people.

Afrikanet works across several different sectors, including aviation, education, banking, mobile money, farming and energy. The company also works with the United Nations, Non-Governmental Organizations (NGO), government customers and others. Fotso Chatue said Africa as a whole is changing, with connectivity being both a cause and effect of this change.

“When I graduated from the engineering high school in Cameroon about 30 years ago, in the entire country there was only one computer. That computer was at the presidency, so when we were doing our little program, we had to walk all the way to the presidency, go through the security, submit our program, get the results, and you had to get it right, right away, or you had to do it twice … Right now with all this connectivity we are bringing to Africa by satellite wherever the needs is, you have lots of students doing the same thing as students in the U.S. and Europe and all over the world,” he said. “This is a chance for Africa to really contribute, bringing all these bright minds straight away to the worldwide market. This is really key, and it’s amazing what is happening. I can tell you that for the next few years to come, as these high throughput satellites change the speed, connectivity, the affordability of the broadband, things will happen and Africa will really emerge.”

Fiber is also part of the change. Fotso Chatue said the amount of capacity brought by fiber tripled in the past year, but he counts this as good news. Rather than detracting from satellite opportunity, he said corporations in cities that have fiber are becoming satellite customers for backup services, and that rural areas are still only accessible by satellite. He said multiple sources of connectivity are “growing the pie,” making the market larger rather than taking pieces from each other. Because of this, Africa is ripe for more Ka-band, he said.