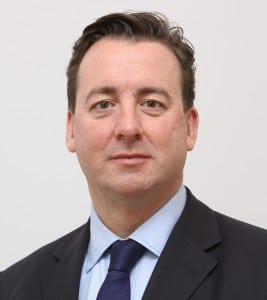 [Via Satellite 08-24-2015] British satellite operator Avanti, having finished the financing for its latest satellite, now plans to redouble its focus on sales and marketing for satellite services throughout Europe, the Middle East and Africa (EMEA). The company announced Aug. 18 that it had completed financing for Hylas 4 by tapping $125 million in senior secured notes. Both Hylas 4 and the Hylas 3 hosted payload are now fully paid for and scheduled to launch in 2017. Avanti currently owns Hylas 1, Hylas 2, and the Artemis satellite formerly owned by the European Space Agency (ESA). Once the new spacecraft are in orbit, they will round out the operator’s fleet, which the company chose to expand at a rapid clip up until now.

“Our plan is to execute filling that fleet before we consider adding expansion capacity,” David Williams, CEO of Avanti, told Via Satellite. “The financing really draws to an end the capital-consuming phase of Avanti.”

Avanti operates its business differently from traditional satellite operators in that the company does not aggressively pursue pre-sales of capacity ahead of launch. As of the operator’s third quarter 2015 trading update, average fleet utilization was at the upper end of 15 to 20 percent. This low fill rate did not deter the company from pursuing the goal of completing its coverage of EMEA in 2017. Now with the necessary infrastructure coming into place, Avanti will look to raise this fill rate.

Avanti now has more than 160 customers, and this year has signed key deals with state-owned telcos across Africa such as Sentech in South Africa and TelOne in Zimbabwe. Williams stressed winning this kind of business as very important for Avanti, because the company believes having the support of national brands is imperative to deploying large-scale countrywide broadband programs.

“Continuing to succeed with national telcos is the greatest guarantor of executing our plan to fill our fleet as quickly as possible,” he said.

To secure new business, Avanti is also focusing on integrating Hylas 3 and 4 into its distribution platform. The Hylas 3 hosted payload will deliver Ka-band capacity through a single steerable antenna system aboard ESA’s European Data Relay Satellite C (EDRS C). Avanti is currently deciding where the payload will be directed. Williams said it could go to an area for expansion capacity, or toward new markets. The company plans to make a decision toward the middle of next year.

“We have 12 beams on the antenna, and all 12 beams steer as a single cluster. We are evaluating which region is the most attractive for us to place that capacity into, and we won’t be preselling small bits of capacity until we are absolutely certain we know which region gets the highest return,” he said.

Hylas 4, under construction by Orbital ATK, will carry 66 fixed beams over Africa and Europe, as well as four steerable beams to potentially serve Africa or Latin America. Avanti recently started a new sales directorate for West Africa, which Williams said is a region some customers have expressed interest in once Avanti has capacity available.

In addition to Avanti’s primary markets, Williams also mentioned two potential new areas of interest, the first being mobility. Avanti is not active in this market today because it lacks the broad coverage often desired for mobile connectivity. Capacity from its satellites is much more concentrated, favoring higher power over extensive reach. Still, this is a market the operator is evaluating.

“We can’t enter the market for mobility on our own because we don’t have that global coverage, but we have noticed recently that a number of companies have approached us to consider joining our capacities with other regional networks to try and stitch together a supra-regional or possibly even global network. That’s not something that we will take the lead in, but we are certainly reacting to that market demand,” said Williams.

The other new market is video. Direct-to-Home (DTH) broadcasting is not a major focus of Avanti today, though the company provides enterprise broadband to customers such as the BBC, Reuters, CNN, Bloomberg, and Sky, Williams said. In the past, this has been categorized alongside more VSAT services such as oil and gas, but customers are influencing a potential shift here as well.

“There are early signs that some of our customers in our coverage area are considering offering triple play services by using Ka-band spot beam satellites to do a combination of TV broadcasting and broadband into a single dish. Again it’s not a market that we have invested in heavily, but it’s a market that we are currently thinking about in response to questions from potential customers,” said Williams.

Avanti focuses primarily on four key verticals: broadband, enterprise, government and carrier services. Of these, Williams said Wi-Fi backhaul in the carrier services vertical is proving to be a high growth market. Mobile Network Operators (MNOs) are increasingly offloading data traffic from 3G and 4G networks onto Wi-Fi where available, he said. Avanti anticipates 3G, 4G and also 5G backhaul over its High Throughput Satellites (HTS) to be a large revenue driver in future years.