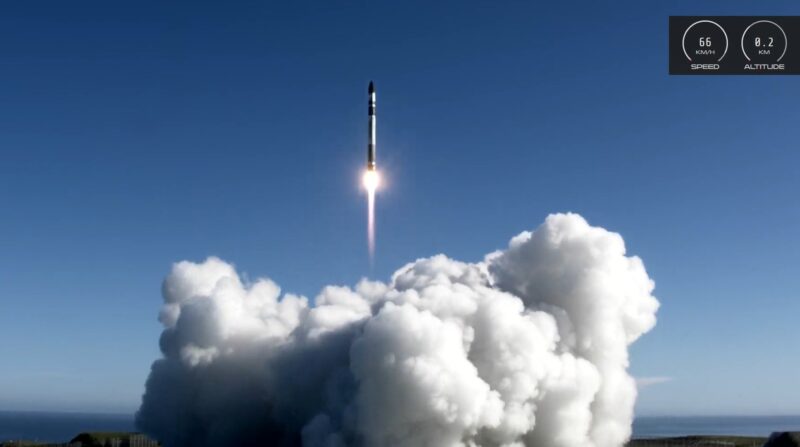 A Rocket Lab Electron rocket launched Capella Space’s first public Earth Observation (EO) satellite late Sunday in the smallsat launcher’s return to flight after a failure in July. The mission – “I Can’t Believe It’s Not Optical” — took off from Launch Complex 1 on New Zealand’s Māhia Peninsula on Sunday at 11:05 p.m. EST. The Electron rocket successfully reached orbit about eight minutes after liftoff, and the payload deployed about an hour after liftoff.

The payload, Sequoia, is the first satellite in Capella Space’s Whitney constellation of Synthetic Aperture Radar (SAR) satellites. SAR differs from optical imagery in that it can see through clouds and darkness. Capella, a San Francisco-based company, aims to offer hourly coverage of every point on Earth in sub-meter resolution. Sequoia is a 100 kg class microsatellite and will be positioned in a 45-degree inclination. Capella said this inclination will give customers immediate access to rapid coverage of the Middle East, Korea, Japan, Europe, South East Asia, Africa, and the U.S. Sequoia is a re-engineering of Capella’s test satellite Denali, which was launched in December 2018.

In late July, the Federal Aviation Administration (FAA) cleared Rocket Lab for return to flight after an investigation into the July 4 launch failure, which lost payloads for Canon Electronics, Planet, and In-Space. Rocket Lab narrowed down the issue to a single anomalous electrical connection. CEO Peter Beck said at the time that Rocket Lab was able to reliably replicate the issue and mitigate it through a slight change in production processes. In addition, Rocket Lab created a test and screened for the issue in current vehicles in stock through in-depth testing and procedures.