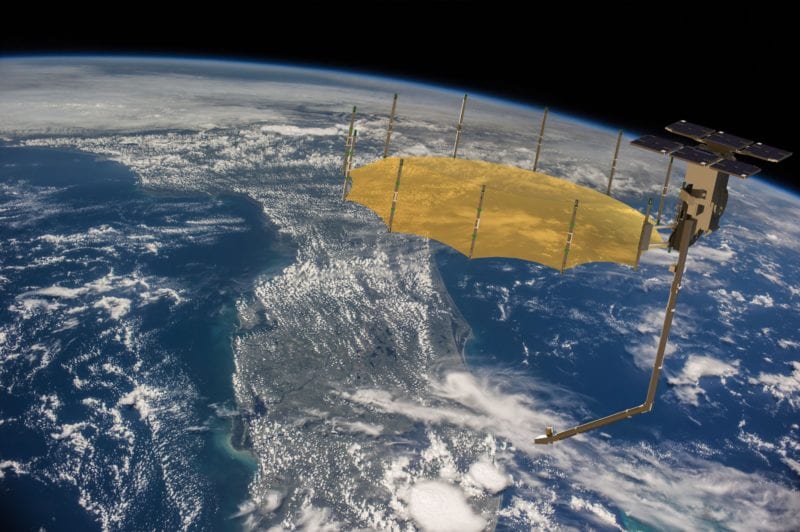 Capella Space has signed a contract with the U.S. Department of Defense (DoD) to provide Synthetic Aperture Radar (SAR) data to the U.S. Navy, through the Defense Innovation Unit’s Commercial Solutions Opening.

Capella announced Wednesday that it will provide the DoD with SAR data collected by an airborne collection campaign using Capella’s synthetic radar flown on board a specially equipped and outfitted airplane, and also provide its in-house analytics services. SAR data differs from optical data in that the images can be taken at night and through clouds, and enables the extraction of information such as material properties and precise changes. Capella said the data can be used for purposes including disaster recovery, infrastructure monitoring, and indications and warnings of potential threats.

Capella CEO Payam Banazadeh told Via Satellite that the company has outfitted a commercial plane with a SAR instrument, and will fly the plane over specific targets where the Navy has asked for imagery. This allows the Navy to access Capella’s SAR imagery before the company begins commercial operations with its Whitney constellation of SAR satellites, projected for later this year.

This marks the latest in a series of contracts Capella Space has signed with federal agencies, including the U.S. Air Force and the National Reconnaissance Office. Banazadeh said the interest Capella has received from government customers has been “overwhelming.”

“It just speaks to the fact that the products we’re bringing, and the way we’re bringing them onto market is very interesting to Navy and other U.S. government customers,” Banazadeh said. “They vet Capella through their own rigorous mechanisms, whether it be on the product vetting or other types of vetting. … We look forward to a much longer and deeper relationship with Navy and other U.S. government customers.”

Earlier this year, Banazadeh said Capella was planning to launch seven satellites in its Whitney constellation this year. With the delays caused by the COVID-19 pandemic, he now expects some of those launches to be pushed to 2021. A launch that was planned with SpaceX for March has been pushed back. Capella also has a launch planned with Rocket Lab, and Banazadeh joked that the company is playing an “aerospace poker game,” waiting to see which company will get its satellite up first.

“The good thing is they’re all the same satellites,” he said. “This is why you find companies diversify their launches. They don’t put all their eggs in one basket because things like this do happen.”

The CEO said that while Capella has been affected by the pandemic throughout its supply chain, from satellite part vendors to launchers, it is lucky that it closed a funding round in December.

“From a cash position, we’re in a pretty good position. We’re able to get through this without being dependent on outside investors,” Banazadeh said. “We just had to recalibrate some of our plans and reduce cost as much as we could, while maintaining some of the core capabilities and some of the plans we have — such as launching satellites, operating them, generating revenue and doing sales.”