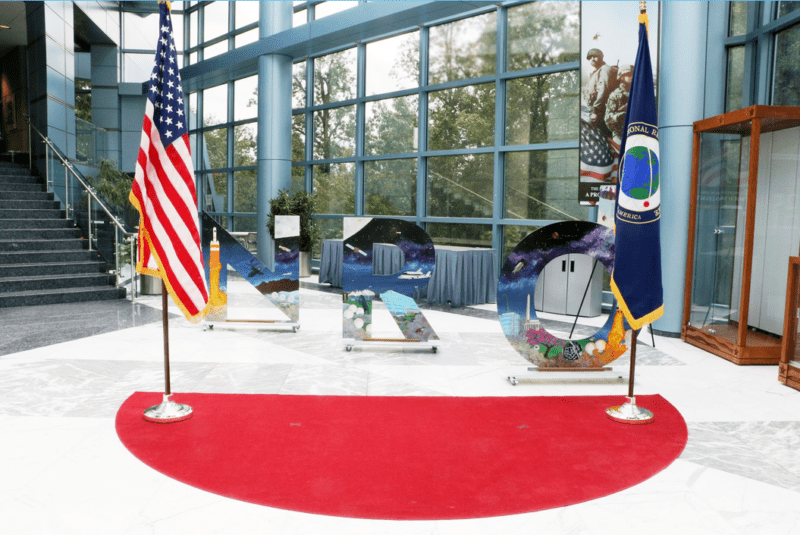 ST. LOUIS — A pending solicitation from the National Reconnaissance Office (NRO) to quickly acquire commercial satellite imagery solutions will consist of three stages that will allow the agency to assess everything from emerging capabilities as well as on orbit and integrated solutions, an official with the agency’s commercial systems office said last Thursday.

The first stage of the Broad Agency Announcement (BAA) is “intended to be a very low barrier to entry for any providers,” Jeremy Banik, deputy director for the Commercial Systems Program Office, said during the GEOINT 2021 Symposium in St. Louis, Missouri. In this stage, which he said is based on modeling and simulation, providers many not have a satellite on orbit yet but are close and this will allow NRO to assess capabilities early.

The BAA Framework for Strategic Commercial Enhancements was announced Oct. 7 by NRO Director Christopher Scolese, who said the flexible procurement mechanism will allow the agency to take advantage of an “explosion of innovation” in the private sector to rapidly assess industry capabilities to meet intelligence challenges and inform operational requirements.

The BAA is expected to be released in a month or so, Scolese said.

The second stage applies to companies that have satellites on orbit and NRO would buy imagery for quality assessments and conduct demonstrations to understand what these providers can deliver, Banik said.

For example, theater downlink would be one type of demonstration, Banik said. In recent months, NRO has already worked with some of its contractors to downlink imagery into theater, a capability the agency will continue to focus on so that it becomes routine for the military services to use, he said. Through existing contracts procured using traditional federal acquisition regulations, Maxar Technologies, and BlackSky Technology, have successfully downlinked imagery products into U.S. Army terminals, and BlackSky and HawkEye 360 have successfully downlinked into U.S. Navy terminals.

Other aspects of Stage II include integrating commercial providers into the government enterprise and buying “ad hoc products from the providers so that we can begin to not only inform requirements development but begin to satisfy some of those emerging user needs coming out of the community,” he said.

Banik described Stage III as “a more fully integrated approach to buying ad hoc.” This stage will also include potential technology insertions, according to his slide presentation.

The BAA will enable the NRO to be in a position to continuously assess and acquire new commercial capabilities, such as radar, hyperspectral, radio frequency remote sensing, LIDAR, new electro-optic providers, and even making direct investments in providers’ capabilities, he said.

Scolese said that the traditional NRO acquisition process takes five to 10 years and the agency has already demonstrated it can acquire capabilities in three years. The goal with the BAA is to shrink that further, he said.

The first focus area of the BAA will be commercial radar, which will “subsume” a commercial radar capabilities acquisition that was announced earlier in 2021, Banik said. His slide presentation said this area will have a Stage I and Stage II.

Banik also outlined a cybersecurity framework developed by NRO, which obtains satellite imagery, and the National Geospatial-Intelligence Agency, which analyzes the imagery, to assign trust to providers. Unverified providers haven’t been asked to implement certain cybersecurity controls or their controls haven’t been validated, he said.

Providers that meet industrial standards have implemented accepted cybersecurity standards that are considered “reasonable and prudent,” Banik said. The third category is a secure provider that has a secret accredited architecture for processing imagery, he said.

The framework helps the U.S. government better manage risks to data, gives industry clear expectations for doing business with the government, and helps the user community know what level of cybersecurity they get with an image, allowing the community to apply the image to the appropriate mission use case, he said.