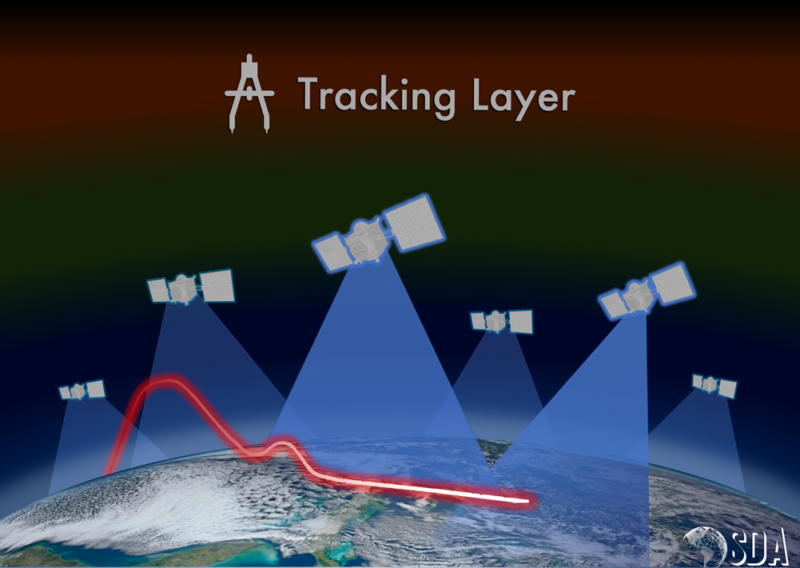 A rendering of the first generation of the Tracking Layer. Photo: Space Development Agency

SpaceX has been awarded a $150.5 million firm-fixed-price contract from the Space Development Agency to launch its Tranche 0 transport and tracking layer satellites.

The award, announced by the U.S. Department of Defense (DoD) on Dec. 31, is for standalone launch services for two launches from Vandenberg Air Force Base in California, with the first launch set for September 20211. The award was made based on a request proposal that was released in October.

Tranche 0 is the first iteration of the National Defense Space Architecture (NDSA), a military constellation in Low-Earth Orbit (LEO) for military sensing and data transport. Tranche 0 will consist of 20 transport layer satellites, and eight missile tracking layer satellites. SDA plans for the NDSA to be a full system of 300 to 500 satellites in Low-Earth Orbit (LEO). The Tranche 0 constellation is set to be on orbit no later than March 31, 2023, according to the award.