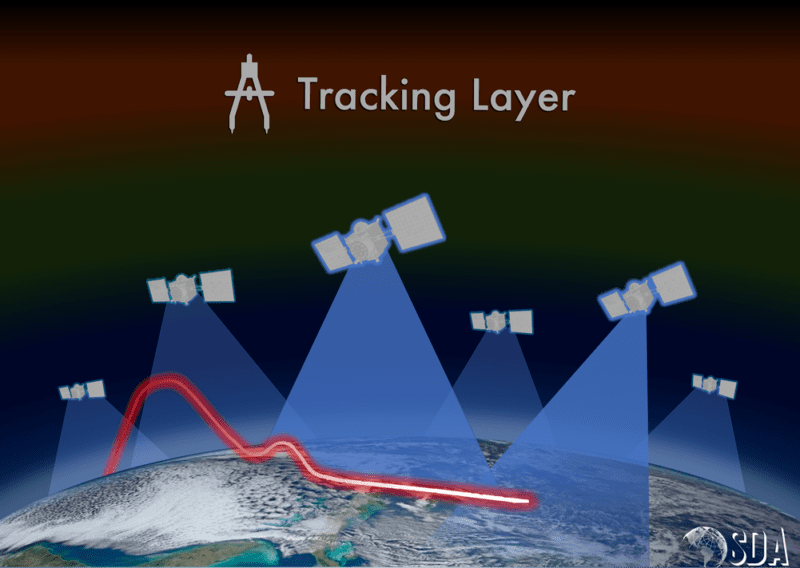 The Space Development Agency (SDA) has awarded L3Harris Technologies and SpaceX contracts worth a total of  $342.8 million for the development of the Wide Field of View (WFOV) program to build satellites to help in the warning and tracking of advanced missile threats, including hypersonic missiles. L3Harris received an almost $193.6 million contract, and SpaceX received a nearly $149.2 million contract, SDA announced Monday.

“These awards represent the next major step toward fielding the National Defense Space Architecture,” Derek Tournear, the SDA director, said in a statement. “The SDA tracking layer is an integral part of the department’s overall Overhead Persistent Infrared (OPIR) strategy to detect, track, and defeat advanced missile threats. We are confident these fixed-price awards will help us deliver the initial tranche of the tracking layer on schedule.”

Tranche 0 of SDA’s tracking layer — the “warfighter immersion” tranche — consists of WFOV technologies contained within a proliferated Low-Earth Orbit (LEO) satellite constellation. SDA is to field the 20 Tranche 0 satellites in LEO by the end of fiscal 2022. A much larger constellation with hundreds of satellites will follow by 2024.

In August, SDA awarded $281.5 million in firm, fixed-price contracts to Lockheed Martin and York Space Systems to build 10 satellites each for Tranche 0.

The architecture will effectively be an optically-connected internet in space to provide low latency communications and targeting information to military forces in the field. The first layer of the National Defense Space Architecture to be fielded is a backbone data communications transport layer, with cross-linked space-based systems issuing communications directly to weapon systems and operators. The goal is to upgrade the layer’s capabilities every two years, with the satellites themselves being replaced every five years. The satellites are to be the foundation of the U.S. Department of Defense‘s (DOD) Joint All-Domain Command and Control (JADC2) architecture to transfer tactical data from space to operating military units.