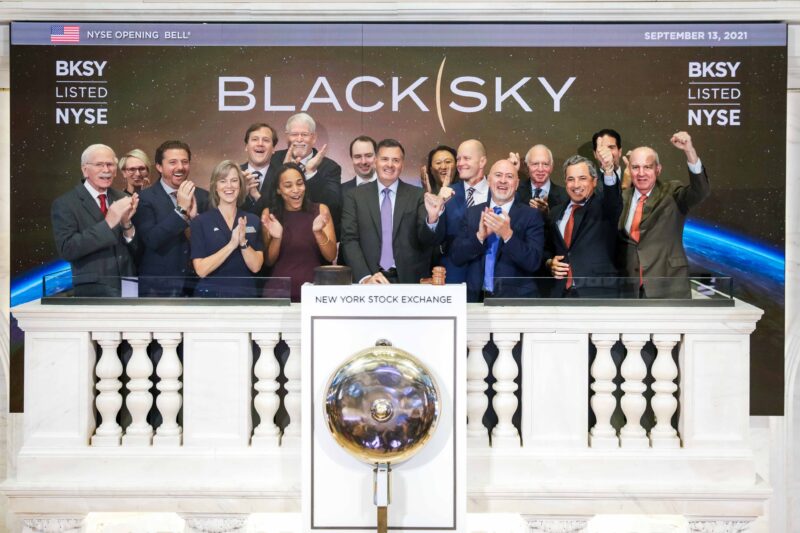 BlackSky began trading as BKSY on Friday, Sept. 10. BKSY opened at $11.80 a share on Friday and closed the trading session at $11. Shares opened at $11 on Monday.

“Our team is excited that we have reached this major milestone on our first-to-know mission to lead a new era of real-time global intelligence. We are looking forward to this next chapter as a public company and the many opportunities that lie ahead in the new space economy,” said BlackSky CEO Brian O’Toole.

Recently, Artificial Intelligence software giant Palantir Technologies committed to an equity investment in BlackSky, and entered into a multi-year software subscription agreement with BlackSky, giving it access to the Palantir Foundry platform. BlackSky said it will now offer a combined solution that integrates Spectra AI with Palantir Foundry.