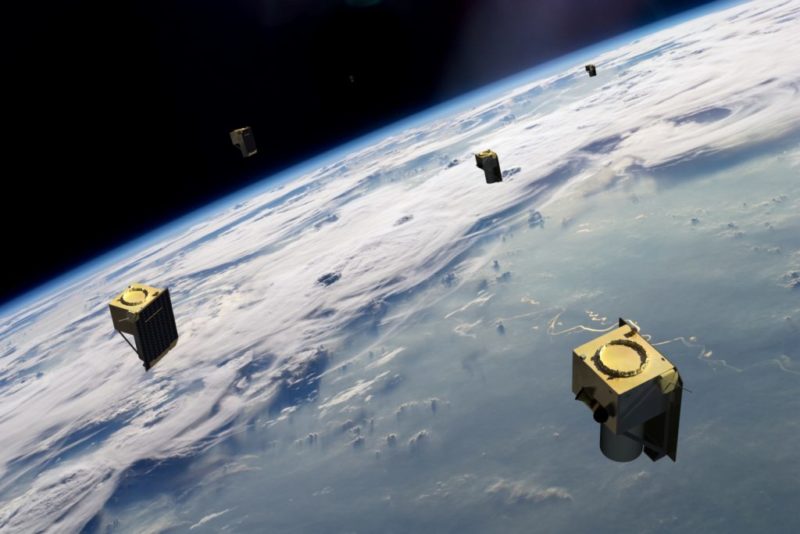 A rendering of BlackSky’s constellation of high-revisit smallsats. Photo: BlackSky

BlackSky Holdings is the latest space startup to go public through a special purpose acquisition company (SPAC) merger, announcing a deal Thursday to go public with a $1.1 billion valuation.

The Earth Observation (EO) company will combine with Osprey Technology Acquisition Corp. in a deal that is expected to generate approximately $450 million in net proceeds. BlackSky said the cash will fund extension of its Artificial Intelligence/Machine Learning (AI/ML) analytics platform, expand its satellite constellation, add additional sensors and data feeds to the BlackSky network and accelerate commercial market penetration.

BlackSky provides geospatial intelligence and global monitoring services through its constellation of five satellites in commercial operation and its AI/ML-powered analytics platform, which also pulls data from a number of different sources. The company is working to build a constellation of 30 multispectral satellites, and is scheduled to add an additional nine satellites to its constellation in 2021. It has vertically integrated satellite design and production through LeoStella, a joint venture with Thales Alenia Space.

“This transaction fully funds our growth plans and accelerates our vision of providing our customers with a ‘first-to-know’ advantage. This is an important inflection point for our industry as commercial and government users demand access to real time information about the changes that matter most to them,” said Brian O’Toole, CEO of BlackSky.

BlackSky has contracts with a number of defense and intelligence customers, including the National Reconnaissance Office, National Geospatial Intelligence Agency, the U.S. Army, and the Defense Innovation Unit. The company reports a pipeline of $1.7 billion opportunities.

This development follows a series of New Space startups looking to go public through a SPAC. Virgin Galactic did so in 2019, and Momentus, and AST SpaceMobile, and Astra have recently announced plans to do the same. The transaction is expected to close in July 2021, and the combined entity is expected to be listed on the NYSE under the ticker symbol “BKSY.”