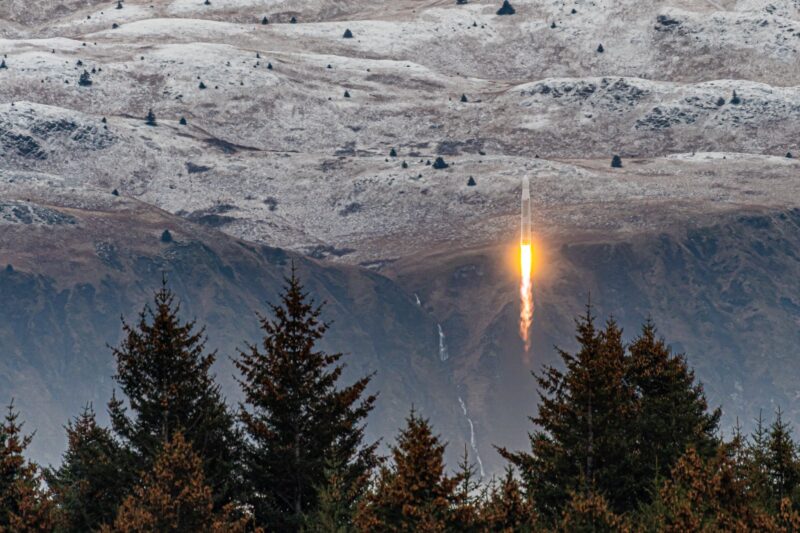 Astra is now the first launch company to be publicly traded on the Nasdaq Global Select Market after its special purpose acquisition (SPAC) merger was approved.

Shareholders of SPAC Holicity Inc. approved the merger on Wednesday, and Astra became a publicly traded company on July 1 under the ticker ASTR. Trading closed at 12.9 per share, up 4.45% for the day. At one point during the day, it had climbed as high as 21%.

Astra raised approximately $500 million in cash proceeds from the transaction at a $2.1 billion valuation. The SPAC deal was first announced in February. As part of the business combination, Craig McCaw, the co-founder of Teledesic, and Michael Lehman, former CFO of Sun Microsystems, will join Astra’s board of directors.

“Four years ago, Adam London and I quietly founded Astra with the bold mission to improve life on Earth from space,” Astra CEO Chris Kemp wrote in a blog post about the milestone. “Our vision for a healthier and more connected planet has inspired the most talented team ever assembled to build a rocket that reached space twice as fast as any company in history, at a fraction of the cost. We now have the resources to execute our plan to build a 100-year company.”

In a recent interview with Via Satellite, Kemp talked about how Astra’s approach to tackle the smallsat launch market is to manufacture thousands of rockets and optimize the economics based on its scale. The company’s goal is to offer launch for $500,000 for 500 kilograms — $1,000 a kilogram.

Astra is targeting a launch this summer to carry its first commercial payload. The company reached space for the first time with rocket 3.2, but was just shy of orbit. The company plans to begin monthly launches this year and scale to daily launches by 2025. The company has sold about 50 launches, including deals with NASA and Planet. Astra also plans to grow into spacecraft manufacturing and recently acquired propulsion company Apollo Fusion to work toward that goal.

Now that Astra is a publicly traded company, Kemp said it will be making buy-versus-build decisions on the core technologies involved with building spacecraft.

“Being a public company gave us a currency that we could use to not only scale through acquisition, but also hire talent. … It was by far the fastest way to give the company the capital that it needed to serve our customers,” Kemp said. “I think there will be a lot of consolidation in this market and being the first company to be publicly traded puts us in pole position to pull it together first.”