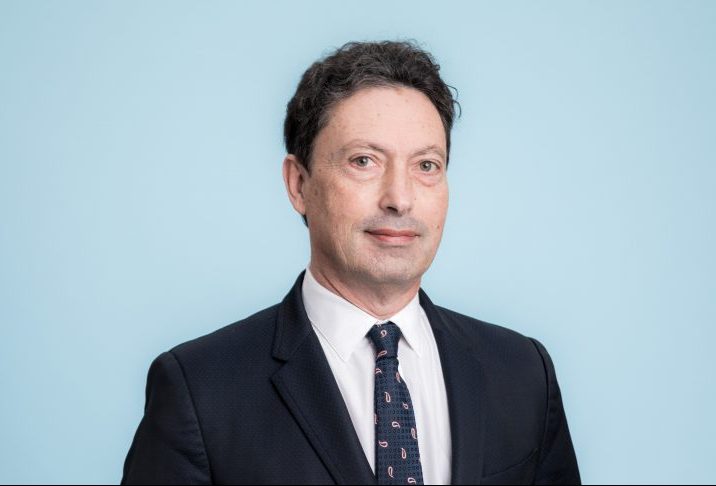 Last week, Eutelsat made the news with a deal to acquire around a 24% stake in OneWeb, in a deal worth over $500 million. The investment is an example of a major, global satellite operator making a significant play in LEO. This follows after earlier this year, Eutelsat was named part of a group of European companies to study a possible dedicated LEO system for the European Union (EU).

Michel Azibert, deputy CEO of Eutelsat, spoke to Via Satellite about how the deal with OneWeb came along, its future as part of an EU LEO constellation, and why this was such an important move for Eutelsat.

VIA SATELLITE: When did negotiations begin with OneWeb? Can you give us some background on the deal?

Azibert: We had been in touch with the company for the past couple of years, but in terms of when we ramped up to fully fledged negotiations with the two main shareholders, it was a few months ago.

VIA SATELLITE: Was Eutelsat interested in OneWeb before, before it was sold to Bharti and the U.K. government? Were you disappointed that you were not part of that deal?

Azibert: We’ve always been monitoring what is happening in the LEO environment, as it is such a game-changing element in the satellite industry, so this wasn’t an idea that came to us in the last few months. Frankly speaking, the deal we have now is probably the best deal we could have. We are entering into a company that is practically fully funded, with one third of the fleet already launched. The project today is much more advanced than during the days of Chapter 11.

We think that the OneWeb constellation will be one of the two first constellations to be operationally ready; a great positive in terms of risk management. The cost of entry for us had been significantly reduced by the capital that was wiped out under Chapter 11. We are entering this project at quite a compelling entry point. We have now integrated a reputable group of shareholders, and we have a strong shareholder position, joint operational control, so this deal is very advantageous.

VIA SATELLITE: Given OneWeb’s checkered history, this acquisition carries an element of risk, how do you quantify that risk?

Azibert: Regarding satellite production and the securing of robust orbital rights, these elements that could be a risk for other constellations, are not really a risk for OneWeb. The main consideration when investing in a LEO constellation is the size of the B2B market: a huge part of this market will be driven by the arrival of the LEO constellations and NGSO [Non-Geostationary Orbit] constellations. The question is, how big will it be and how big will OneWeb’s market share be? We estimate that OneWeb is capable of getting 10 to 20% percent of the overall B2B market, which is made up of the enterprise, telco, government, maritime, and aviation verticals.

VIA SATELLITE: What does this acquisition mean for Eutelsat’s involvement in the EU LEO project? Where do you stand on that now?

Azibert: We are still part of the EU project with eight other companies, which is of a different nature and has a different timing. With OneWeb, we are talking about a constellation that will be available in 18 months with a worldwide coverage and partial coverage within 10 months, to address the B2B market. The European constellation is currently in its study phase, with an objective to address the institutional needs of the European Union members. We believe that there can be some positive synergies between the two projects going forward.

VIA SATELLITE: In an interview we did last September with Rodolphe Belmer, when asked about the issues OneWeb and LeoSat had said, “We have always said plainly that the economics of those initiatives would be very challenging. That’s exactly what happened.” What has changed?

Azibert: I think we have always said that the competitive edge of the LEOs versus GEOs will be different depending on which sub-segment you are talking about. On the B2B side, we believe there is a value on the LEO proposition, which is mostly due to ubiquity and low latency. So, to have complete global coverage for maritime, aviation, and government is a pretty strong competitive advantage. We’ve never disqualified LEO constellations on these segments, but we believe that their profitability will be in the medium- to long- term, as there is a need for market ramp up.

We’ve always been more skeptical with LEOs on the consumer broadband side, where they start with a competitive disadvantage (bandwidth and terminal costs), which may be dissolved over time. Consumer broadband remains a very important part of our strategy, but it is not going to be through LEO or OneWeb, it will be through our family of broadband satellites, EUTELSAT KONNECT and KONNECT VHTS.

Concerning Rodolphe’s comments on the economics of LEO constellations, it is important to remember that Eutelsat has secured an important share in OneWeb at a price of $550 million, whereas to build a LEO constellation from scratch, costs approximately 6 billion euros.

VIA SATELLITE: Does a big operator like Eutelsat simply have to have a LEO play? Is this move an acceptance that a GEO-based broadcast approach is simply not enough?

Azibert: No. For us the strategy has three pillars. Broadcast is super resilient. It still more than 60% of our business. It is as important as connectivity and consumer broadband. We expect broadcast to be very profitable for years to come. You then have the two segments, consumer broadband and B2B (LEO). The missing part of our strategy had been the fixed data and government services, which is going to be fully addressed with our share in OneWeb.

VIA SATELLITE: But broadcast is no longer enough now, right? To remain a major player, you had to do something like this.

Azibert: The rationale for doing what we did is a big part of our new strategy along with consumer broadband, and maintaining the resilience of our broadcast business. Broadcasting in emerging markets has its ups and downs, but the market is growing, and the number of channels is increasing, as is satellite penetration. There is a strong demand for broadcast in the Middle East, Africa, and Latin America. We want to be the best performing company in all of the segments we operate in, and now we are in a much stronger position in the B2B market.

VIA SATELLITE: It is one of the great challenges of the satellite industry to connect the unconnected. But, actually having business models that work in consumer broadband have proved elusive. Why are you optimistic that it will be different this time?

Azibert: Today we are reaching price points which are quite interesting, matching the price points of terrestrial networks. We are now starting to attract great interest from those telcos such as TIM or Orange [because] the performance is good and more importantly, the price you can deliver to the end user is competitive. For Europe, it is important but in the case of Africa, it is even more important. We have a generation of satellites (EUTELSAT KONNECT and KONNECT VHTS) which will help us to succeed there.

VIA SATELLITE: How many constellations do you think ultimately will be successful?

Azibert: I believe there could be between four to six constellations that could be successful, as this number is limited by regulatory, physical, and operational constraints.