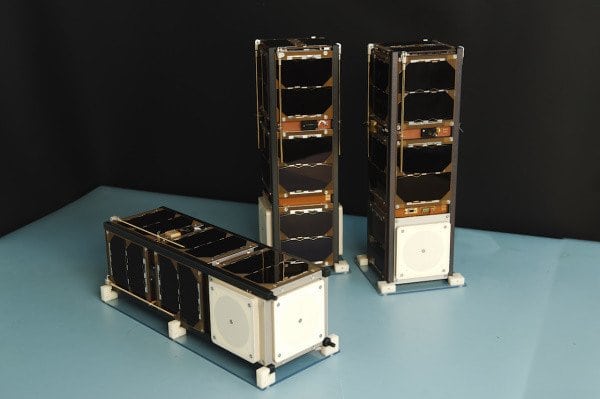 The satellites are now evenly spaced in one singular orbit approximately 700km apart, having undergone months of proof of concept testing across a number of functionalities, including phone calls, Internet of Things (IOT), Machine-to-Machine (M2M), instant messaging, Push-to-Talk (PTT) services, and data store-and-forward between different locations on Earth, the company stated.

Sky and Space Global’s focus is to close new material telecommunications and data management binding contracts for delivery of narrowband services from the equatorial constellation by completing successful field tests with the Three Diamonds during the rest of 2018.

Sky and Space Global is on track to complete its first launch of the Pearl nanosatellites, its full constellation, during Q1 2019 and complete the full deployment of 200 Pearls by end of 2020.

Last week, the company signed an operational evaluation agreement with Globalsat Group to formalize the final step toward providing commercial M2M and IOT services in Central and South America.

Under this agreement, the two companies set out the framework and procedures for the evaluation of Sky and Space Global’s services compatibility with Globalsat Group’s existing technology and business model. The operational evaluation will be executed in two stages: lab tests, which involve building a simulated service environment, and field tests. This process will be used as a basis for signing a commercial binding agreement, which should be completed within two months, according to Sky and Space Global.