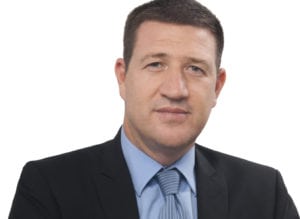 In an interview with Via Satellite, Watermann admitted that SkyVision has more or less kept quiet since it was acquired by a European investment firm last year. “We were very busy building our new vision, new growth engines and new structure of the company,” Watermann said. “It’s a very challenging market and you need to be very focused on your business to see what is your advantage that you can leverage.”

According to Watermann, SkyVision’s main advantage is its deep penetration into the African market, as it has been forming partnerships and providing connectivity in the region since 2000. “We acquired Afinis five years ago, so we have subsidiaries mainly in West Africa and Nigeria, and we have many representatives on the ground — technicians, installers, maintenance, et cetera,” he said.

It’s because of these established relationships and assets that Global IP approached SkyVision, Watermann said, and also because of the massive opportunity both companies see in Africa. “The opportunity is connecting the unconnected. In Africa, there are only 300 million internet users out of 1 billion people. The demand is the highest you can see in the world; the growth percentages are expected to be the highest in all regions,” Watermann said. Furthermore, he pointed out, because the African population has exploded in recent decades, the continent is relatively young with nearly half of the population under the age of 15 in many countries. And just like anywhere else in the world, African Millennials crave connectivity, too.

But while the demand is there, bringing internet to countries such as Kenya or the Democratic Republic of Congo (DRC) comes with its own unique obstacles, Watermann said. “They cannot afford internet the way we use it in the U.S. or Europe,” he said, “The challenge is to find the right solution, which mainly needs to be cost effective.”

Watermann believes in five or 10 years up to 80 percent of the continent will have access to internet, but said too that he isn’t entirely sure what form the connectivity will take. Most likely, he said, it will be a combination of sources: Low Earth Orbit (LEO) constellations from companies like Google or OneWeb, more High-Throughput Satellites (HTS) similar to Global IP’s GiSat 1, and a myriad of other technologies including mobile networks.

With this influx of interest from the satellite industry comes an oversupply of capacity. This will inevitably drop the cost of bandwidth even as customers also demand lower prices on their end — and foreseeing this dilemma is what compelled Watermann to restructure SkyVision from a pure capacity provider to a company more focused on end-to-end solutions. “This is exactly why we moved our focus from selling megabits to selling solutions. We cannot live on the megabits price. There’s a lot of capacity available and customers always want to reduce their prices and consume more bandwidth. But at the same time, some of them want their network to be secure, some of them need consulting on efficiencies, some of them need ground services … What we’re trying to offer is the whole package, not only the megabits,” he said.

Companies that choose to focus only on selling capacity will face an uphill battle over the next few years — unless, Watermann emphasized, the company is already relatively large. “If you are consolidated and can buy tons of transponders, then you can leverage the amount you can sell with very competitive prices,” he said. If not, then “you need to diversify yourself to other areas.”

SkyVision has been doing just that in recent months, exploring new verticals and data applications such as telemedicine and e-learning. “For e-learning, we have classes for which we supply everything: the laptops, the projectors, and of course the connectivity and a library of content in order to have schools wherever you have internet,” Watermann said.

The company also recently branched out and built an LTE network in Chad for an undisclosed Internet Service Provider (ISP) customer, supporting the company’s billing system, its website, and the Base Transceiver Stations (BTSs) — everything as a turnkey project. “We also sold them the set top boxes for the customers, and now they’re selling LTE to their end users,” Watermann said. “It’s a good example of how we went from connectivity to a solution.”
One of the biggest new focuses for SkyVision is implementing a range of technologies in its solutions. Watermann believes relying too much on satellite is risky, and has repositioned the company to more adequately pursue hybrid approaches. “For example, we’re doing a micro-finance project in five countries — 600 remote sites around West Africa. Some of them are satellite, some of them Very Small Aperture Terminals (VSATs), some microwave, and for some we just used 3G modems,” he said. “In the end it all goes to one hub that manages the network. It takes time but this is the kind of project a company like SkyVision can do because we have the engineering capabilities, we have the expertise, and we are on the ground.”

According to Watermann, not only does offering turnkey solutions to customers guarantee loyalty, it also creates more stable streams of revenue in the event of decreased demand for satellite services.

This circles back to the company’s latest contract with Global IP, which Watermann sees as validation that his diversified approach is paying off. “They need people on the ground to do installations, to put gateways where they need to be, and to perform maintenance. It is more challenging to do business in Africa than anywhere else in the world. This is what we know how to do best,” he said. “I believe this is proof that our strategy was the right one. Now we need to escalate it.”