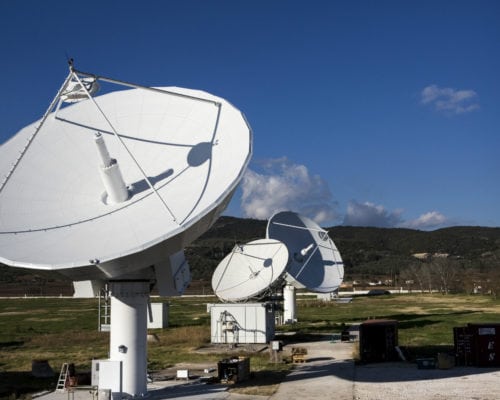 The initial testing for the satellite connectivity portion of the European Aviation Network (EAN) is complete. According to Inmarsat, testing for the first Satellite Access Station (SAS) that will be part of EAN has been completed in Greece.

The SAS is located in the Greek town of Nemea and operated under an agreement with OTE, the largest telecommunications provider in Greece and member of the Deutsche Telekom Group. Engineers undertook rigorous performance and stability tests to verify the SAS’ capabilities to serve as a reliable and robust gateway between Inmarsat’s S-band satellite and the Internet.

EAN is an integrated satellite and Air-to-Ground (ATG) network dedicated to providing a true in-flight broadband experience for the European aviation industry. Inmarsat is managing the satellite portion of the network, while its partner Deutsche Telekom will manage the ATG portion. In November, Inmarsat and industry partners Thales and Nokia completed the first test flights for EAN within United Kingdom airspace.

Inmarsat partnered with OTE and Cobham Satcom to complete the initial testing. The mobile satellite communications service provider will launch its first S-band satellite for EAN in the middle of 2017.

The SAS consists of a 13-meter antenna that provides feeder links to the satellite, a radio frequency subsystem and a radio access network provided by Cobham Satcom.

EAN’s service introduction is on track to begin in late 2017, according to a statement released by Inmarsat Aviation Senior Vice President of Strategy and Business Development Frederik van Essen.