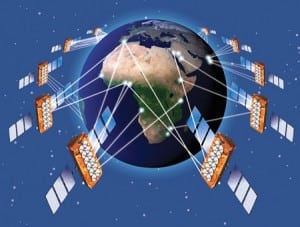 [Via Satellite 07-05-2016] SES exercised its call option on July 1 to acquire the remaining shares and warrants of O3b Networks, having received all of the necessary regulatory approvals. The other O3b shareholders have agreed to accept the SES offer. Non-tendering warrant holders will be cashed out, paving the way for the transaction to close on Aug. 1, 2016, according to company expectations.

SES will pay $730 million to directly increase its fully diluted ownership of O3b from 49.1 percent to 100 percent using proceeds from the company’s recent equity raising. On completion, SES will consolidate $1.2 billion of O3b net debt and will, following completion, refinance a significant proportion of the most expensive debt facilities using the proceeds secured by the recent hybrid bond issuance and the remaining proceeds from the equity raising. According to the company, this move will significantly reduce O3b average cost of debt of 9.5 percent; SES’ current average cost of financing is approximately 4 percent.

SES expects the transaction to generate a pre-synergies return in excess of the company’s hurdle rate for infrastructure investments. In addition, the satellite operator expects to generate $59 million of annual commercial, operational, product development and financial synergies in 2017, increasing to $118 million annually by 2021.

“Moving to 100 percent of O3b will be highly accretive for SES, both from a strategic and economic standpoint,” said Karim Michel Sabbagh, president and CEO of SES. “In addition to exceeding SES’ investment hurdle rates, full consolidation accelerates the delivery of important transformational and combinational synergies that are only possible with 100 percent ownership.”