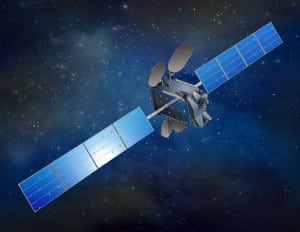 [Via Satellite 06-23-2016] Hispasat’s General Shareholders’ Meeting unanimously approved the annual accounts corresponding to the 2015 business year, which include the distribution of a 12.5 million euro dividend among shareholders. The move demonstrates Hispasat’s financial soundness and high profitability, while at the same time confirming plans for future growth, according to the company.

In 2015, Hispasat Group revenues reached 219.6 million euros due to strong commercial efforts throughout the business year. These efforts have been reflected in the figure for backlog satellite capacity contracts, which reached the equivalent to seven years’ revenue for the company. Leasing space capacity accounted for 216.4 million euros of the total revenue, 9.7 percent more with respect to the previous year.

By geographic area, 65.4 percent of total revenue from leasing space capacity came from the North and South American market, 33.64 percent from Europe and 0.96 percent from other regions. Hispasat noted it has benefited from the positive effect of the exchange rate, favored by the strength of the dollar, which has offset the sharp depreciation of the Brazilian real.

EBITDA were 178.9 million euros and the EBITDA/income margin reached 81.5 percent. In 2015, investments reached 245 million euros, a figure that was mainly spent on satellites under construction (Hispasat 36W-1, Amazonas 5 and Hispasat 30W-6), and on innovation projects.