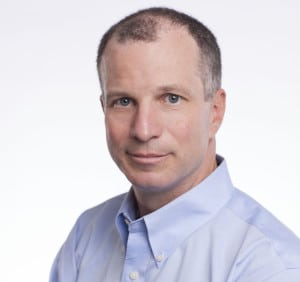 [Via Satellite 12-17-2014] ViaSat is looking at new business models and opportunities to provide In-Flight Connectivity (IFC) services, according to ViaSat Director of Mobile Broadband Don Buchman. The company first launched into IFC almost year ago to the date in December 2013. What started as a single-digit number of aircraft has now swelled to roughly 260.

“Our vision going down the road is you don’t do anything special on the ground, so why should you have to in the air?” Buchman told Via Satellite. “Once you are at that point, it becomes ubiquitous and you are just the same extension as on the ground. I think that’s where you will see the most value.”
JetBlue Airways, ViaSat’s primary IFC customer, has found an effective way to offer in-flight passenger broadband for free through partnerships. Verizon was the most recent partner for JetBlue’s IFC. The airline’s approach has had a definitive impact on ViaSat as the company evaluates a variety of strategies.

“JetBlue is convinced they have found a way to take indirect marketing dollars and monetize their bandwidth,” said Buchman. “They have actually now garnered a lot of interest from indirect monetization, meaning that they are finding a third party that’s interested in associating their name with the service, and advertising to those customers.”

Another strategy ViaSat has seen used, though the company does not prefer it, is to directly charge passengers in order to limit the number of takers. Using a pay-wall reduces the amount of network congestion, and as a result provides better service to users. Some advertisers see value in this approach because it helps ensure they will not be associated with poor service, Buchman said, but this typically limits the users to those with expense accounts.

Buchman said the pay-wall business model, which tends to reach only 4 to 6 percent of passengers, is not one ViaSat is inclined to pursue because he believes the company offers enough bandwidth to connect all planes in the U.S. without equating high take rates to poor service. Going forward, ViaSat plans to have even more capacity for aviation when its next High Throughput Satellite (HTS) ViaSat 2 launches in mid-2016. The Boeing-built Ka-band satellite will be capable of at least doubling the total capacity of the ViaSat 1 satellite.

Once operational in late 2016, Buchman said ViaSat will be able to offer more service and add more clients, as well as keep pace with the growth of the Internet.

Another method ViaSat is considering is the implementation of an Air-to-Ground System (ATG). The equipment for ATG aboard an aircraft is smaller than what is needed for satellite, meaning ATG could enable ViaSat to reach smaller aircraft.

“A lot of our general aviation business gets down into the smaller jets. We can expand the reach very economically on those smaller platforms with an ATG system. We could do that with satellite but it might not be at the same ability level on the economics side,” said Buchman.
But he cautioned that any decision on ATG would be a function of economics, and whether or not such an investment would translate into a truly larger market.

“We are always looking at all of our options. ATG has a lot of great attributes and it’s got some faults. When you blend it with satellite you can get a lot of things,” he added.

Buchman said ViaSat sees a big opportunity in reaching cord-cutters by enabling video streaming services while in-flight. Airlines have often been the curators of content, such as movies, that they then provide on planes and would periodically refresh to stay current. Now that online streaming services have become so popular, they could be supported instead.

“Most of us have our accounts with Netflix, HBO, Hulu, etc., so what we think is let’s just connect people with the accounts that they have. The airline doesn’t need to be in the business of trying to decide what passengers might want to see. Let the passengers do that,” said Buchman.

Cockpit connectivity presents another significant opportunity. Buchman said Machine-to-Machine (M2M) communication on aircraft is something ViaSat can provide the bandwidth for, but the value has to be proven to airlines. Nonetheless, the applications are so vast, many companies are in the process of determining when and where it is best to use.

“Right now on the airline operations side in the cockpit, no one knows what they would use it for. It’s kind of like the Internet. You didn’t know what you could use it for until you started using it,” said Buchman.

For passenger connectivity, Buchman added that the most value would be derived from effectively integrating IFC into terrestrial plans so that connectivity on aircraft becomes no different from connectivity on the ground.

“We’re constantly looking for new business models, and what JetBlue is doing is pretty exciting. They are showing some different ways of monetizing, but I don’t think it stops there. We’ve got our own ideas on matching up terrestrial service providers of various services with their customers in the air,” he said.