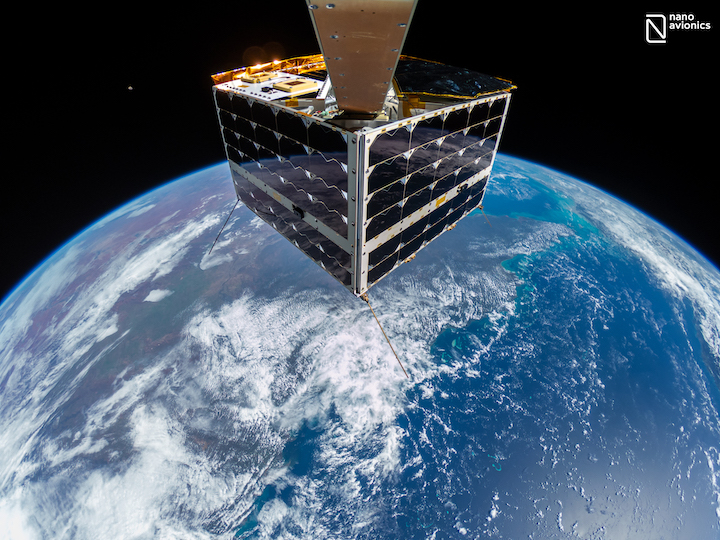 A NanoAvionics satellite equipped with a GoPro camera recently captured an image of itself using a selfie stick. NanoAvionics is calling it the first 4K resolution full “satellite selfie” in space. The image and video shared this week shows the satellite with the Earth in the background, showing the Great Barrier Reef along Australia’s coastline.

NanoAvionics CEO Vytenis Buzas hopes the photo can raise awareness of the importance of satellites, and the societal and environmental benefits they provide

“In our increasingly visual culture, it is important for investors, students, customers and the general public to see in order to believe,” he said. “Millions watch rocket launches but barely see satellites moving in orbit or deployable structures in operation. This is going to change through live or recorded footage.”

The satellite was launched for NanoAvionics’s MP42 microsatellite bus heritage mission aboard a SpaceX Falcon 9 in April this year. ​​In order to use a consumer camera, engineers stripped the camera to its bones, and fabricated a custom housing for the electronics so it could survive the harsh environment of space. They also made a custom “selfie stick” and developed camera control electronics and special software to communicate with the satellite systems.

NanoAvionics also used the camera to test and verify satellite operations and their new payload controller. The company said this demonstration could lead to more real satellite footage including deployment confirmation, fault detection, and micro-meteorite impacts.