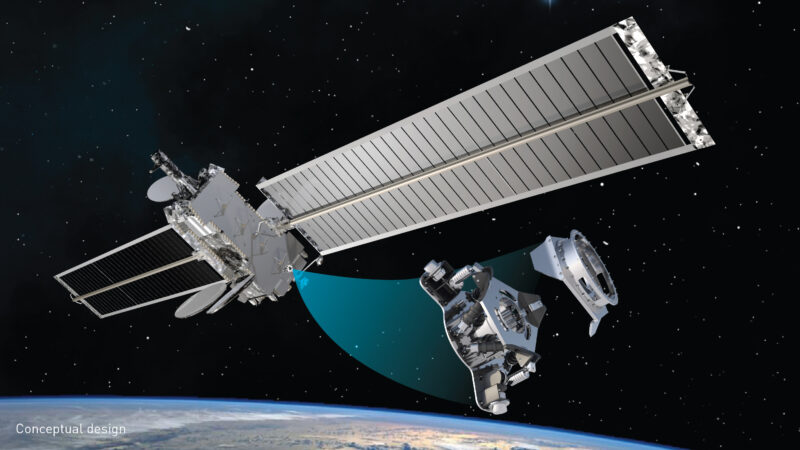 A conceptual design demonstrates how a docking port may be incorporated onto a satellite using the Mission Augmentation Port (MAP) interface standard. (Image: Lockheed Martin)

Aerospace manufacturer Lockheed Martin published an open-source, non-proprietary Mission Augmentation Port (MAP) interface standard for on-orbit spacecraft docking on Monday and made it available for download on their website. The company hopes the standard will accelerate the development of technology that allows interoperability of docking satellites.

The Lockheed Martin standard includes: information required for a compliant physical mate of docking port halves, such as the dimensions of plates and petals; suggestions for electrical interfaces and docking profiles; and data that can be used by designers to develop their own MAP-compliant docking adapters.

“Just like USB was designed to standardize computer connections, these documents are designed to standardize how spacecraft connect to each other on orbit,” said Paul Pelley, senior director of Advanced Programs at Lockheed Martin Space. “We believe it’s in the best interest of the nation for the industry to have common interface standards to provide mission agility and enterprise interoperability.”