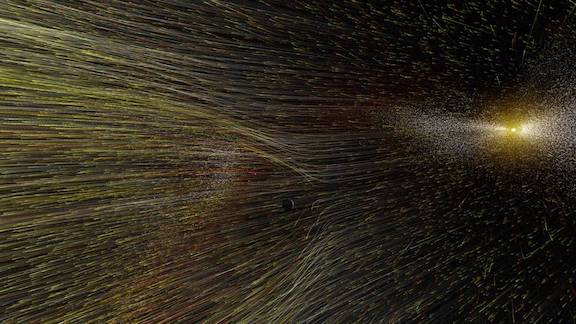 NASA’s GLIDE mission will advance understanding of how the particles and energy in space – shown here flowing from the Sun in an illustration of the solar wind – affect the fundamental nature of space. Photo: NASA

Ball Aerospace awarded Rocket Lab a subcontract to manufacture the solar array panel for NASA’S GLIDE heliophysics mission. Ball Aerospace is building the spacecraft for NASA based on its Ball Configurable Platform.

“Rocket Lab has become the ‘go-to’ provider of space solar power and space systems products throughout the space industry, including for ambitious heliophysics missions like GLIDE,” said Rocket Lab founder and CEO, Peter Beck. “I am grateful to our partners at Ball Aerospace for selecting Rocket Lab and excited to be working with them to support NASA’s Heliophysics missions to deliver advanced science.”

Rocket Lab announced the award on June 9. Financial terms were not disclosed.