Emirates Exec on Cost and Flexibility in Connected Airplanes 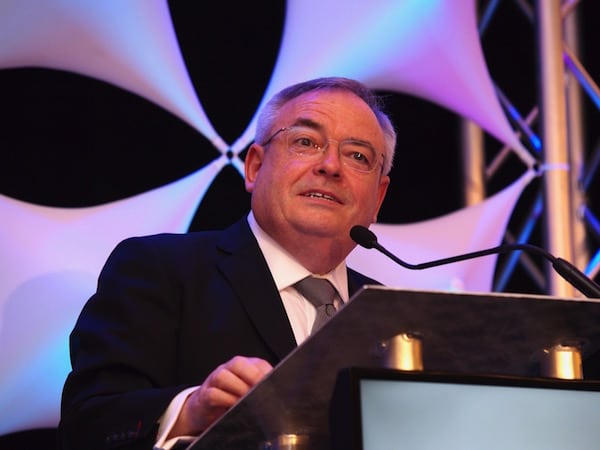 Emirates Airlines Vice President Patrick Brannelly’s opening keynote speech at the 2018 Global Connected Aircraft Summit in San Diego, California, provided a brutally honest assessment of the entire airplane connectivity ecosystem; from service and solutions providers to industry buzzwords to overly ambitious technologies airlines are poised to add to their aircraft. The Middle Eastern carrier has been one of the biggest buyers of aircraft In-Flight Entertainment and Connectivity (IFEC) technologies in recent years. But Brannelly says the industry at large is in need of some major changes.

Dubai-based Emirates currently operates a fleet of 269 aircraft ranging from Airbus A380s to Boeing 777s. Every jet in the airline’s fleet is connected, and all of its aircraft feature international range satellite phones and live television. In November, the carrier committed to its latest connected aircraft investment through an agreement with Thales to equip its Boeing 777X fleet with next-generation broadband using Inmarsat’s GX Aviation network.

At the GCA Summit, Brannelly explained the changes that he would like to see from connected aircraft vendors and service providers.

“The era of in-flight entertainment vendors controlling system selection, satellite connectivity system connection really has got to end,” he said. “It’s not good for anybody; it’s protectionism and protectionism is bad for competition.”

The issue Emirates is facing is no different than any other airline. When making a decision to invest in new antennas, routers, modems and wiring to enable new in-flight internet, airlines become committed to whatever internet service provider a particular solution is aligned to. Over the course of the 20 to 30 year lifespan of an average commercial airframe, that first product an airline invests in could become obsolete five times over.

Instead of being committed to a specific solution, Brannelly believes airlines should be choosing their internet service providers in a process completely divorced from purchase decisions on hardware.

“In the old days, we used to buy aircraft with your connectivity boxes and then you could choose between the vendors and switch. It’s much more complex these days,” said Brannelly.

During a recent interview with Via Satellite, Brannelly said that, across all of the flights Emirates operated in December 2017, the airline recorded 950,000 total passenger internet connections. By the end of 2018, that number could be as high as 1.3 million.

While the demand for in-flight internet on Emirates aircraft will only continue to increase, Branelly said the cost of supporting such demand is a “real problem.” To further complicate the aircraft connectivity puzzle, one of the key selling points to passengers for Emirates is that the airline provides free internet access. The cost of operating the service can vary widely, though, because it’s difficult to predict actual demand, Brannelly said.

Emirates estimates that 92 percent of passengers getting on their aircraft are carrying smartphones, and their use of the internet is driven by a range of factors including the time of day the aircraft departs and the length of the flight. For example, on three-hour flights, about 10 percent of passengers use the internet, while that number jumps as high as 85 percent on long-haul flights departing from Los Angeles, California. Some passengers use no data. One passenger on an Emirates flight in May single-handedly consumed 7.5 gigabytes of data. Such wide-ranging passenger usage trends make it difficult for airlines to predict demand.

Regardless of the demand, though, Brannelly said Emirates will keep their current business model, which provides 20 free megabytes of data for each passenger. After that, economy passengers can pay $10.99 for up to 500 MB of data, while business and first-class passengers get unlimited free access throughout their flight. However, Branelly acknowledged that this business model could become irrelevant at some point.

“My feeling is that data costs, on this per-megabyte idea, paying by the megabyte will disappear in the future,” he said. “If all the data was free, or if it was like it is in your house, who pays per megabyte in their house? Nobody does.”

This article was first published on Via Satellite’s sister publication Avionics. It has been edited to better serve our audience.
Scroll for related stories.
Comments
Log In