Globalstar’s Ewert on the Strategy Behind New Automotive Division 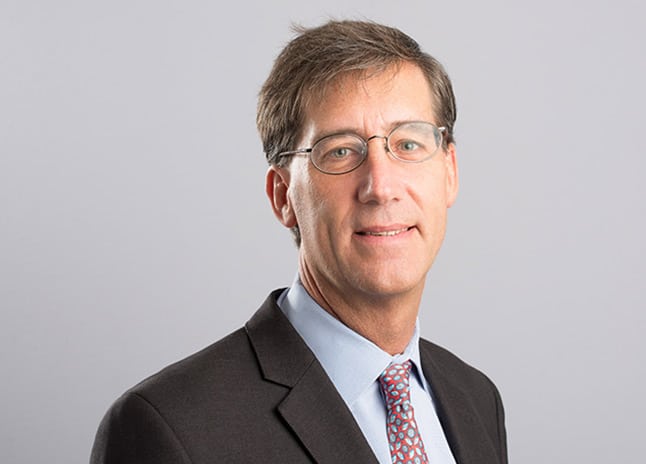 Although satellite companies probably won’t get the “lion’s share” of profits from the emerging connected car market, the multibillion-dollar opportunity that lies ahead could still be a revolutionary turning point for the industry. So says Globalstar’s Greg Ewert who, in an interview with Via Satellite, broke down the company’s motivation behind its decision to spin out a dedicated automotive division.

In his new role as head of Globalstar Automotive, Ewert is undeniably optimistic about the convergence of satellite technology and connected cars. “The auto industry is quickly moving from pure manufacturing into mobility service companies. As such, one of the big [requirements] will be always-on, robust and augmented connectivity,” he said. “The auto industry is a $2 trillion-plus industry going through this change. Connectivity itself is going to be multibillions of dollars a year in business.”

Will satellite swipe the biggest slice of the pie? “Probably not,” he admits, at least compared to Mobile Network Operators (MNOs) such as Verizon and AT&T, which have their own plans to engage the mobility market. “But when you’re talking about numbers as big as we are, even picking up small market share in a huge marketplace like this is transformational for the satellite industry itself,” he said.

Ewert points out that many forget satellite companies have already been playing in the mobile connectivity sphere for years, “albeit at a much smaller base.” He believes entities like Orbcomm and Globalstar can leverage their experience in connecting offshore assets and remote machinery, for example, to curate solutions more specific to the commercial automotive industry. In 2016, the Federal Communications Commission (FCC) also granted Globalstar authorization to deploy a low-power S-band network using its 2.4 GHz spectrum in North America, giving it a dual satellite-terrestrial advantage.

One major leg-up satellite companies have over their terrestrial rivals is the global footprint of their assets. “Verizon is huge within North America, but has limited assets in Asia or Latin America,” Ewert said. At the same time, a company like Orange is deeply embedded in Europe, but has less of a presence in North America. And while car companies themselves ship cars to and serve customers in places all over the world, they don’t necessarily want to deal with the complexity of managing dozens or hundreds of separate international carriers. “So the global aspect for certain elements of vehicle management is important,” Ewert said.

The benefits of satellite’s ubiquity come into stark relief when you consider applications like over-the-air software updates. An oft-spoken feature of connected cars will be their ability to receive and transmit critical data without having to make a pit stop at a dealership or repair shop. In the future, if a car company wants to broadcast a software fix, for example, satellite would be a very cost-efficient way to update millions of cars simultaneously, Ewert said. 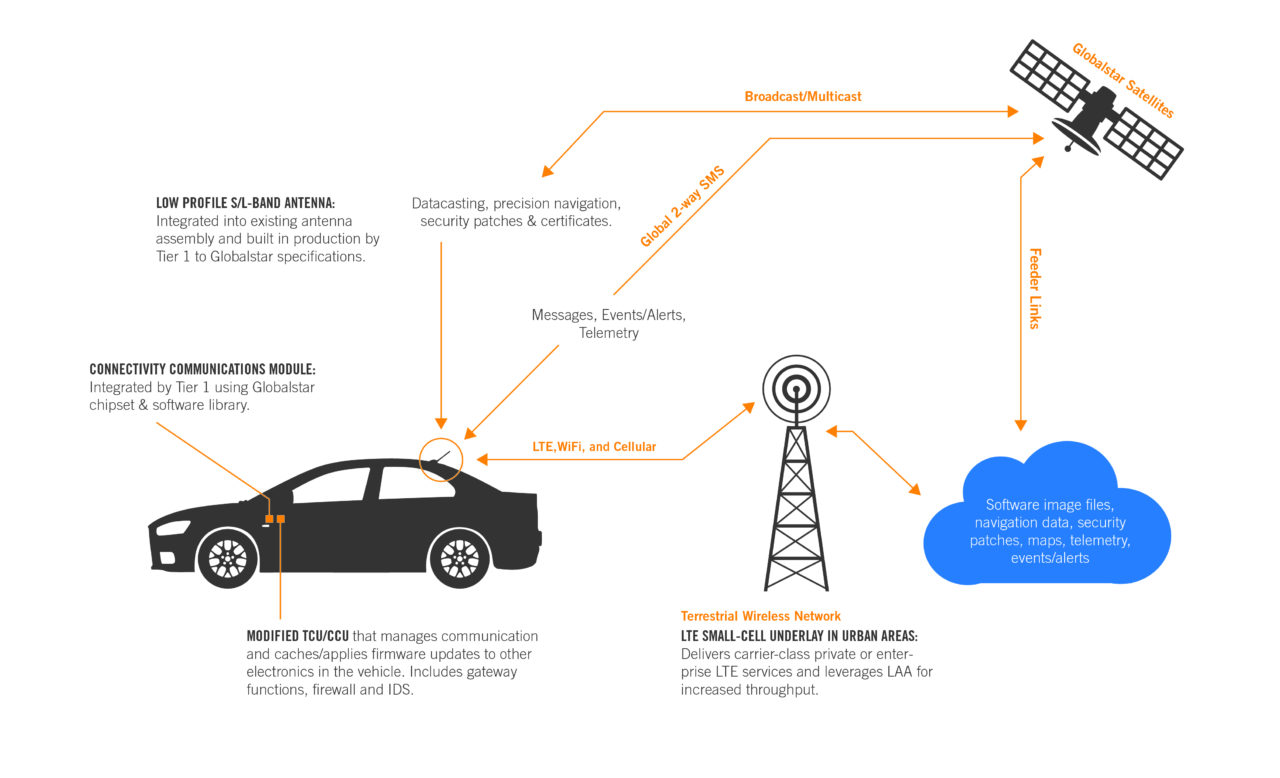 Ultimately, no one technology can serve all the needs of the auto industry — not even 5G, despite the echo chamber that surrounds it, Ewert said. The industry’s hunger for a variety of solutions is emboldening: “Satellite technology, along with Dedicated Short-Range Communications (DSRC), 5G and LTE — they’re soaking it all up,” he said. Car companies have been very receptive in their discussions with Globalstar, Ewert said, and so have tier-one suppliers such as Robert Bosch, Continental Automotive and Aptiv, which sell the electronic hardware that gets installed in cars. As such, Globalstar’s strategy will be to form “smart partnerships” both at the Original Equipment Manufacturer (OEM) level (i.e. Ford, Mercedes-Benz, and Toyota) and with tier one suppliers.

Historically, the automotive industry is a slow-moving machine, Ewert said. Implementing new technology into a design could be a two-year ordeal as engineers figure out the best way to build it into a specific car model. Once the tech is in, though, it’s very sticky.

So for the major revenues, Globalstar is looking further out at the 2020 to 2021 timeframe. “In the nearer term, we do have some safety solutions that we believe can get in the vehicle quicker and faster. So you’ll start seeing some things like that hopefully by the end of the year or early next year,” Ewert hinted.