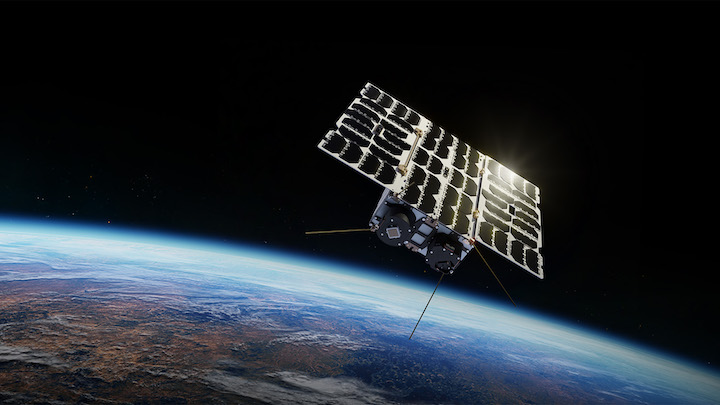 French aerospace lab ONERA ordered two nanosat platforms from NanoAvionics for its FlyLab mission. ONERA — the Office National d’Etudes et de Recherches Aérospatiales — is self-financing the mission in order to develop and launch its own nanosat missions to test new technologies in orbit.

NanoAvionics will build the buses based on its 8U and 6U nanosat platforms and also integrate the payloads and perform environmental tests. NanoAvionics will also provide ONERA with the software and hardware to test, validate, and operate the satellites. Delivery and launch is set for 2025.

The two satellites, FlyLab-1 (8U) and FlyLab-2 (6U), will fly in a Sun-Synchronous Orbit (SSO) at about 550 km. FlyLab-1 will validate the design of an uncooled megapixel thermal camera. FlyLab-2 will have two payloads, the first with VHF antennas and a software defined radio card (SDR) to characterize the ionosphere. This will expand on an ONERA experiment set to launch in early 2023. The second payload is aimed at radar analysis and consists of an L-band antenna and another SDR card.

“ONERA is a great new customer for NanoAvionics, and being selected for their FlyLab mission, validating sophisticated components and equipment, is an important acknowledgement of our capabilities as a leading mission integrator and platform manufacturer, both globally and within the French space market,” commented Vytenis J. Buzas, co-founder and CEO of NanoAvonics.