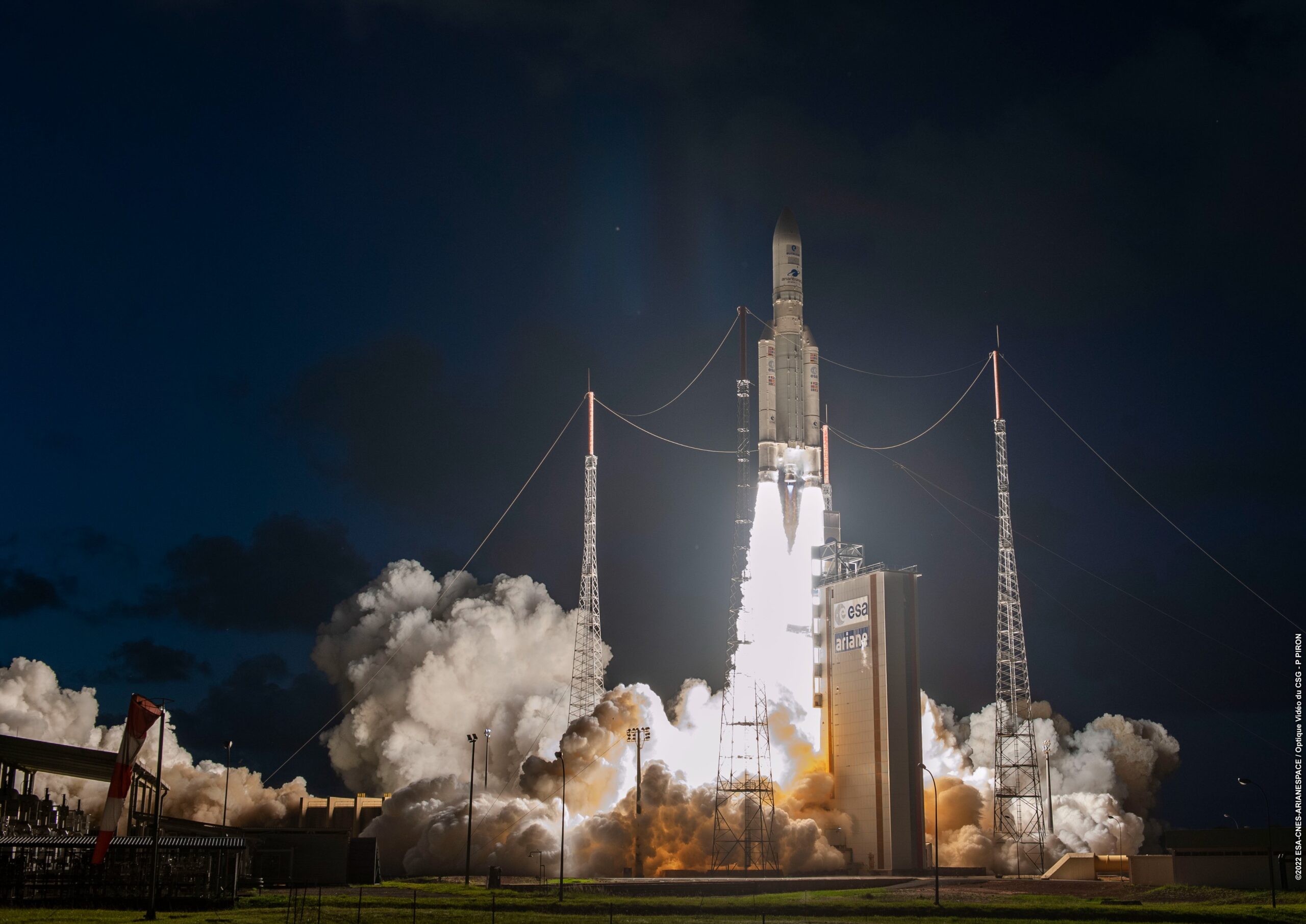 Arianespace launched the satellite on an Ariane 5 rocket from the Guiana Space Center in Kourou, French Guiana on Wednesday at 6:45 p.m. local time. The satellite was launched to Geostationary Transfer Orbit, and separated about 28 minutes after liftoff.

This was one of the final missions for the workhorse Ariane 5 rocket. Only three Ariane 5 launches remain before its successor the Ariane 6 is set to enter service.

“Eutelsat Konnect VHTS, built by Thales Alenia Space, offers capacity that will be able to connect underserved zones throughout Europe, providing them internet access, which underscores how Arianespace uses space to achieve a better life on Earth. Another success to the credit of both the European team of launchers and Ariane 5, which only has three more missions left before retirement,” commented Stéphane Israël, CEO of Arianespace.

Konnect VHTS is an important satellite for Eutelsat’s plans in the broadband business. At 8.8 meters high weighing 6.4 metric tons, it is the largest satellite ever built by Thales Alenia Space, and will put 500 Gbps of capacity over Europe. It is based on the Thales Spacebus NEO all-electric propulsion platform, and Eutelsat said the payload has the most powerful digital processor in the world offering agile capacity allocation and optimized spectrum use.

The satellite will provide broadband to underserved areas in Europe and support fixed and mobile telecommunications networks, on land, sea, or in the air. Konnect VHTS has several firmly committed customers for satellite broadband connectivity, including Orange via its Nordnet affiliate for the French coverage, Telecom Italia Mobile over Italy, and Thales Alenia Space to serve the government connectivity services.

Eutelsat ordered the satellite in 2018 and it was originally due to enter into service in 2021, but has faced manufacturing delays from the pandemic. In February, Eutelsat delayed its planned entry into service to the second half of 2023, subsequently delaying the operator’s return to growth strategy until 2023-2024.