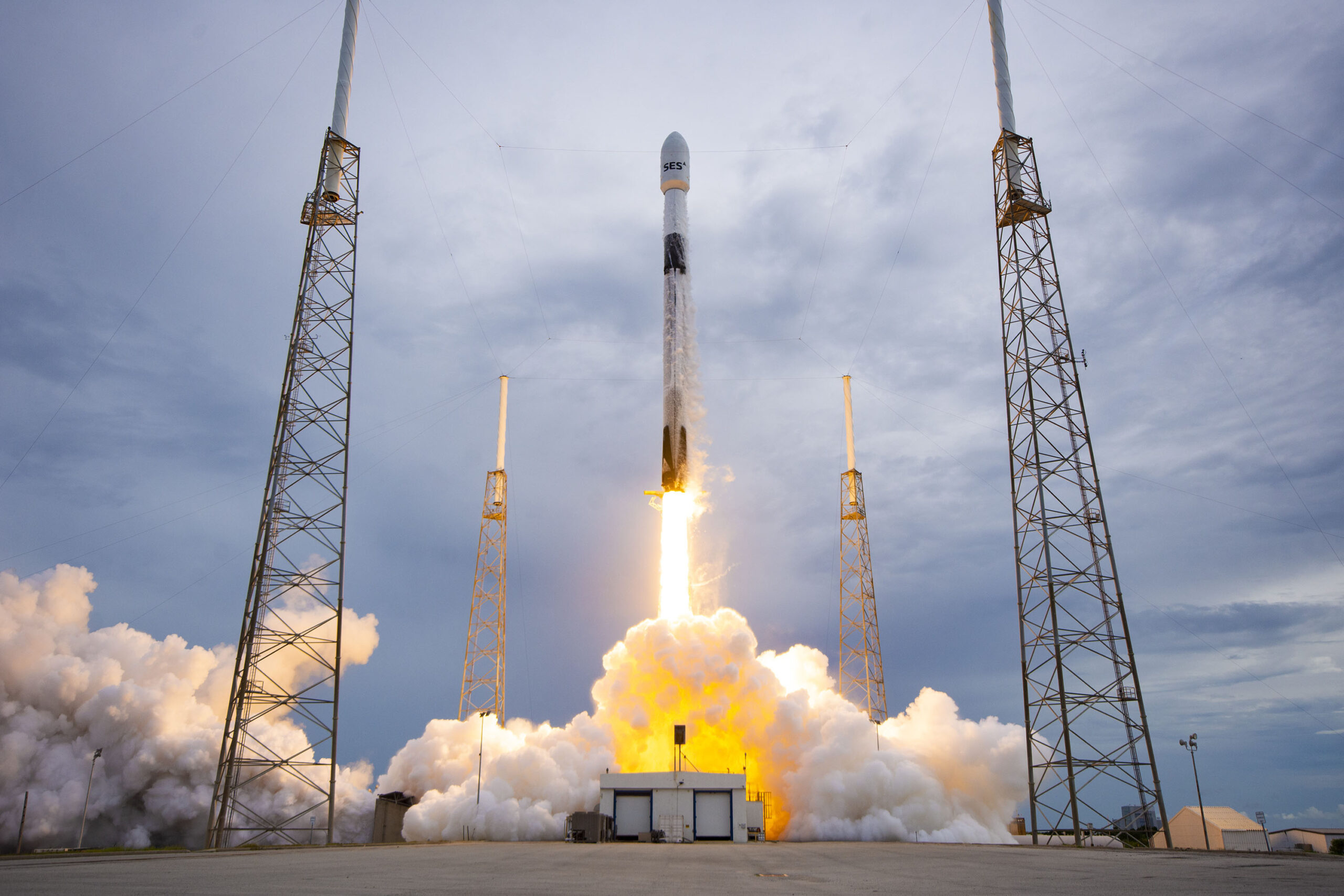 This is the first new C-band satellite for SES, ordered as part of the FCC’s initiative to free up the lower 300 MHz of C-band spectrum for 5G. Thales Alenia Space built the satellite, shipping it only 22 months after it was ordered.

The satellite was built on the Thales Spacebus 4000 B2 platform and will operate in the 135 degrees West orbital slot. It will deliver TV and radio to millions of American homes and provide other critical data transmission services. SES-22 is expected to start operations by early August 2022.

“We are thrilled with the successful launch of SES-22, thanks to our partners at Thales Alenia Space and SpaceX,” said Steve Collar, CEO of SES. “The launch of SES-22, together with other upcoming C-band satellite launches scheduled this year, will enable us to continue providing the high-quality services that our customers have been accustomed to over the last several decades, while freeing up spectrum that will enable the U.S. to rapidly unlock the promise of 5G.”